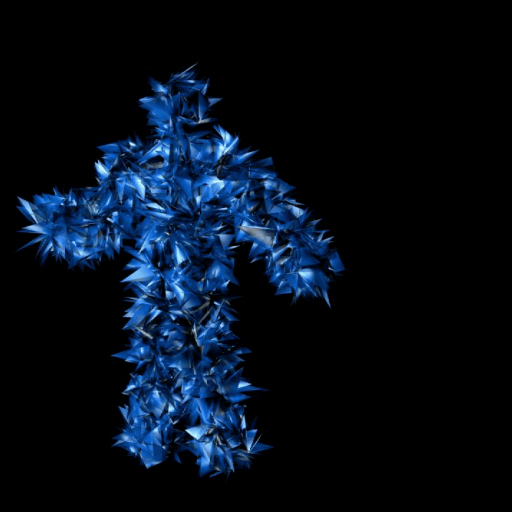 The B-Seite Festival hosted its first ever workshop on Vuo, led by Joe Catchpole (Joe) with assistance from Christian Heudens (Bodysoulspirit). Beginners and intermediate visual programmers alike took the opportunity to get a solid introduction to Vuo.

This was Joe's first time leading a workshop on Vuo. Creating the workshop was a learning exercise for Joe. He remarked, "I had to make sure I knew enough about the ins and outs of Vuo in order to be sure I showed the participants compositions and capabilities which would impress them and also try not to overload them with super complicated functions. I have only been using Vuo for just over a year so I was happy to have learned enough already to have the confidence to show other people how to get started."

Four participants came, which made for a comfortable first attempt at teaching Vuo. Each person received some individual guidance. Two of the participants had experience with Quartz Composer, so they already understood the potential for a visual creative coding environment. The other two had no experience with node-based systems. One came from a design and filmmaking background, and the other had experience with music production.

Joe kicked off the four-hour session by showing some of his own compositions. Over the next three hours, he led the participants into the lexicon of Vuo — compositions, the canvas, nodes, the node library, the event flow paradigm, the coordinate system, data types, and more. He gave each participant a small collection of compositions for them to dissect and alter.

The workshop was mostly delivered in English. "My German is rudimentary to say the least," said Joe, "but that did not seem to cause any problems as our German friends generally have a good knowledge of English." For the final hour, Christian took the lead. He proceeded in German so that participants could more easily ask questions. Joe said he knew from experience that some fresh energy would help invigorate the final hour, and it helped to close up some of the gaps he had left open.

"Christian quickly ran through a lot of the exceptional work he has created with Vuo, gave a good summary of the upcoming 2.0 release and some of the advanced functions such as App export," said Joe. Christian concluded the workshop by creating some compositions with the participants that matched their specific interests — one audio-reactive composition to visualize frequencies and another composition to load images and pass them through image filters.

"I believe all the participants left the workshop with a clear understanding to operate the software and with the ability to build basic compositions to continue a fruitful journey with Vuo. The feedback from the participants was really great afterwards. They told us they were really impressed and enthusiastic about the possibilities with Vuo," said Joe.

He added, "As workshop leaders, we learned something, too. Next time we will start with even simpler compositions, more 'Hallo Welt' basics and will probably make some compositions together from scratch earlier in the workshop."

Joe and Christian got to know each other through Vuo's online community. The workshop was their first time meeting in person. They hope to work together again soon.