Fullscreen on startup would be handy for stand-alones. Quartz Builder comes to mind, the way it gave you a couple of options like this.

The proposed changes allow you to set the fullscreen status and other properties for a window.

The proposed Change Fullscreen Status node can be connected to this input port's drawer, allowing you to make the window fullscreen when the composition starts (or anytime while the composition is running).

Other nodes, such as the proposed Change Window Position and Change Window Size nodes, can also be connected to this input port's drawer, allowing you to change other window properties in the same way.

Thanks, bLackburst. We're discussing some options for implementation, and will post here soon with our ideas.

Better yet, being able to programmatically move and resize windows (as in Jitter?). Since now we have many if we please :) 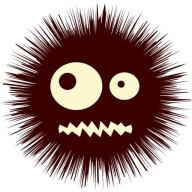 Yes, please. This would be really useful.

Thanks to mnstri, Chris, and Paul for funding this feature request! In Vuo 0.8.0, we added a node to make an app's window fullscreen on startup (plus several other nodes for manipulating window parameters).