For the Calculate Amplitude for Frequencies node, what are the frequencies for the 2047 bins?

(how this relates to musical octaves)

After researching this some more...

Ideally, the entire DC offset would be confined to that bottom bin that gets discarded. But because the calculation being performed (discrete Fourier transform) can't perfectly separate out the frequencies into bins, the DC offset bleeds somewhat into the nearby bins. (We use a windowing function to reduce the bleeding.)

Thanks for further investigating this: it's the precise answer I was looking for.

Would it be possible to raise the resolution of the Calculate Amplitude for Frequencies to 4095 or even 8191 bins? It would allow for better reading of the lower octaves: with 2047 bins, below 200 Hz or so, the bin width is larger than a semitone.

By the way, does Calculate Amplitude for Frequencies reads 24 bit integer and 32 bit float adequately or truncates to 16 bit before analyzing? 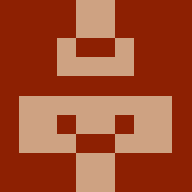 marcozora, thanks for the suggestion. We'll look into optimizing the processing for high resolutions.

New related question: what are the frequencies when Quadratic or Logarithmic averaging is engaged? This is to know from what item # to cut if I want to remove the last octave, like 10 kHz to 20 kHz.

In the meantime, would it be possible to have the frequencies lists for 4095 and 8191 (or the way to calculate them)? Thanks!

OK, here they are.

Hey, thanks for this! How to activate/show the "the frequency ranges used"?