I know you don't want to give estimates for things, but in the broadest possible terms, is a Windows version anywhere on the horizon? Even in the next 5 years?

ah, great question - I got somewhat involved in the VUO campaign early on (modest donation, subscription, then purchase - and I have the founder's T-shirt to prove it!) largely based on the fact that Windows OS development was on the list at the time (and one of the things I didn't like about Quartz Composer was that it was Mac only)... but I don't see Windows on the roadmap now...or am I missing it ? It's one of those things you probably won't have existing users voting for so much (since if they are using VUO already they are by definition on Mac at least some of the time) but I would think it would broaden the potential user base a bit... and man would I love to use it on my main graphics computer (a kickass HP workstation with the great GPU I have in there etc. : ) I recently broke down and started using it on a MacBook Pro of mine that had been dormant for awhile and I'm having some fun with it but I was thinking of posting the Windows question myself... 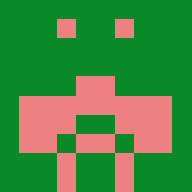 Well since Windows implementation is down as a roadmap feature, way down the list, it seems unlikely. That's a shame!

actually, looking at the roadmap more carefully now I see "editing comps on Windows" is at least still on there... but as I wrote in my previous post the fact that priority is determined by user votes means the first platform/OS it is available on has an overwhelming and unfair advantage : > )

I'd love to bring Vuo to Windows. Many people have asked us for it. And, like you said, we expect it to greatly expand the community.

At the moment, we just don't have enough cash on hand to fund that much development time — but if we did, it would definitely be a top priority. (Beyond income from Vuo license sales, we've invested a ton of our own money into developing Vuo. We'd hoped that by now we'd be closer to breaking even on it, or even have some surplus we could use toward ventures like this. But we're not there yet, and we don't have more of our own money to invest at the moment.)

So, how can we make Vuo on Windows happen?

One option would be for a larger business to commission us to port Vuo to Windows — perhaps under an arrangement where that business would have the advantage of exclusive access to Vuo for Windows for a few months, before we release it to the rest of the community (like we described on the Custom Development page). We've communicated with a lot of businesses we thought might be interested, but we don't yet have any viable offers.

Another option would be crowdfunding — if we can find, say, 500 people willing to pre-pay for a Vuo for Windows license, that could fund the development time and enable us to release it. We'd need a huge amount of publicity in order to find that many people willing to take the plunge, and I'm not sure yet how to get to that point.

What do you think about those possibilities? Do you have other ideas about how we can make this happen?

Thanks for your comprehensive reply. Yes, it's really a "Platform Request", not a Feature Request perhaps.

Unfortunately it does come down to economics I fully appreciate that. I've just closed off an area of my freelance business because the cost\benefit ratio was not favourable and I've left some potential and existing customers disappointed, but I have to see the big picture. You need too get cash from somewhere that's the bottom line. I had thought at one point of buying a Mac license even though I can't use it, as a kind of crowdfunding contribution, but as you say you'd have to find a whole bunch of people to do that to cover your costs.

smokris writes "Another option would be crowdfunding — if we can find, say, 500 people willing to pre-pay for a Vuo for Windows license," - that's kind of what I thought I was doing pre public beta (participating in crowdfunding a QC like software that would also have Windows support) since the intention to offer it on Windows was listed there early on... but in any case I support Vuo with no regrets. For me, Vuo is currently a MacBook Pro sitting on the table next to my HP workstation, with an HDMI cable and a Blackmagic Intensity Shuttle providing a video/audio connection between them. And I am optimistic about future development.

I work for a software company that does some partnering with this company [ https://fxhome.com/ ] and I remember when they were Windows only they did a successful kickstarter to develop for Mac [ https://www.kickstarter.com/projects/fxhome/hitfilm-for-mac ] and that seemed to work out for them. It probably helps to have a handful of slick flashy user examples that would appeal to a wide range of people to pull it off.

I think in around two years time when Vuo has proper macros (level up and down to child/parent comps in Editor with ease), decent GUI nodes, more fleshed out 3D nodes it could succeed on crowd funding for Windows. I'd like to see it compile to NaCL or HTML5/CSS/JS, iOS and even linux and windows runtime binaries first.

Much as I dislike Windows (and pretty much always have), I'm not sanguine with what Apple is doing on OS X and they don't seem to care about being leaders and makers of high quality video code and hardware any more. Final Cut X and Motion are falling behind other offerings.

What they did to QC was pretty slack and the fact that Facebook had to take on the task of moving it forward speaks volumes. I'd like to see this request happen for Vuo's sake as much as anything.

So... lets do a thread necromancy. As the 2.0 is around the corner, any good news for the (freshly migrated) Windows user base? (My latest workstations are pc-s, and I don't think I will even bother hackintoshing them anymore...)

I'm interested in this as well. I rarely see macbooks on tour anymore - apart from simple QLab setups in theaters. In the scenarios I hear about them, it is usually problematic (dongles not working, overheating etc). We still have 2015 models running QLab/Keynote, and haven't had any compelling reasons hardware-wise to upgrade them apart from wear & tear/physical damage. USB-C has been a huge hit to reliability on the road. Going forward, we're limiting the builds to rackmount mac minis for QLab/Keynote, and Resolume/MadMapper will be running on PCs instead.

The new Mac Pros are also too little too late, and at a price point where they compete with dedicated media servers/solutions - I'm not certain they bring anything to the table. It does have the rackmount capabilities, but otoh you can build a rackmount crazy dual GPU powerhouse for the MP entry level price (which has 4GHz 8c/16t rx580/32G ram). My current home computer is better specced than that for half the price. Including a monitor. With a stand.

And to clarify, I'm not a disgruntled Apple customer - I just don't see the financial sense or prevalence in Apple equipment for this line of work any more.

Having Vuo run on Windows will be among our top priorities after the Vuo 2.0.0 release. We've been waiting for the right time (in terms of finances and Vuo's maturity) to embark on this significant effort. Your and Magneson's comments illustrate why Windows support is even more important now than it was a few years ago.

Absolutely agreed on all accounts Magneson. We'll be waiting Jean Marie, thanks :)

Thanks for the update Jean Marie! Good to hear! :)

"It's this time of the year again." And as it's soon going to be 5 years since the original post...

We understand this is a long time coming, and we appreciate your patience. Now that Vuo 2.0 is out, one of the projects we've been working on is researching, planning, and performing tests toward Windows support. But we're still very early in the process, so we don't have an estimate yet. In a few months, when we're deeper into this project, we should be able to give an estimate.