Something that I think would be really neat and would love to see would be the ability to render the output of a Composition to a virtual UVC Camera giving the ability to use that output as a webcam input for programs such as Skype, Video Conferencing and other Apps that use webcams as inputs.This would allow us to make our own video switcher Apps etc with lower 3rd name keys and other graphics as well right in Skype etc. I can think of a lot of neat applications both commercially and just for fun. Anyone else interested in that?

I never did hear anything about this so I imagine it's not even on the Vuo Team's radar but if they see this I am interested in a node that would allow a VUO composition output to virtually create a UVC camera available to other Apps like Skype, BoinxTV, FaceTime etc.

Splitcam is an example of an Utility that creates a Virtual UVC Camera. (http://splitcamera.com/)

you can actually get what you wish, using a Syphon output from your Vuo patch and feeding it in CamTwist. Check: http://tobystereo.com/2014/06/create-a-virtual-webcam-for-your-syphon-cl...

Thank for the feedback scremaschi, I am actually familiar with CamTwist and it's Syphon capabilities, however I am interested in a way to eventually make a single stand alone OSX App that I can build with VUO that can be used as a source for any other UVC compatible App. I have several applications in mind here at work where I could use something like this. Thanks though, feedback is always welcome. :)

Hi, Chris. Sorry I didn't get back to you about this sooner.

I converted this discussion to a Feature Request, and started investigating.

The app you mentioned — SplitCam — seems to only work on Windows. I found a few similar Mac apps — ManyCam, CamTwist, CamCamX, and ofxFakam — but I wasn't able to get Skype (7.0 on Mac OS 10.10) to detect any of their virtual camera devices.

I'm planning to investigate more (after the Vuo 1.0 release next week), but do you happen to know of a combination that works?

Besides Skype, which apps are you looking to use to stream video from Vuo apps? Based on that, we can decide which virtual camera standard to implement.

Ha! Yes, sorry I am thinking further ahead than I probably should be. Yes, SplitCam is Windows based and part of me is thinking forward to the day when VUO will run under Windows which is why I mentioned it. I'll do my best to clarify what I would like a virtual camera for in both Windows and Mac.

Under Windows: I work at a community College and currently use Splitcam in our video conference room as an intermediate piece of software between our Winnov Videum 4400 AV Xpress video capture card and Skype, IOCOM Visimeet & Microsoft Live Meeting. At a future date we will be moving to some form of SDI capture card but will probably need something intermediate for that as well because Skype doesn't like to play well with anything but webcams in my experience). Splitcam, while it works is not very elegant and I am looking to eventually build an intermediate app that is very streamlined, simple and unobtrusive to use and opens up the possibility of adding simple lower 3rds Name Keys to live video.

Under Mac: We currently use a program called BoinxTV for mixing and switching between some IP cameras, firewire cameras, an Epiphan VGA2USB capture device and some audio equipment. It's a little overkill for much of what we use it for but it works well. I am hoping at some point to make a bare-bones application with an output that can be recorded to a video file but also have the option to be used as a virtual webcam for Skype so that an off-site group can participate and view events on our main campus.

My main issues with the virtual camera tools that exist for both Windows and Mac environments is that they are often confusing to use and/or do not have a suitable GUI for use in a professional environment.

Cool, that background information helps. We'll continue investigating (after the 1.0 release) and hopefully have some news on this in a few weeks.

This would be really great for something I'm working on now. I assume this would open up lots of other uses for Vuo in our mostly-remote world.

This can now be done with NDI and NDI Tools - Virtual Input from Newtek (ndi.tv/tools).

I've been doing something very similar to your suggestion already Magneson. Being able to export everything into a single standalone app is still one of the goals here and I've hoping it can still happen, it's nice to have a few work arounds on hand though in the meantime.

+1 for export to a standalone app. The workaround is nice, but it would be a giant leap forward to export in a single thing that you can load, and tell your user/customers to run.

I'm no dev, but this looks like it could be useful: https://github.com/johnboiles/coremediaio-dal-minimal-example

MIT licensed code. Seems to do the heavy lifting of being a virtual webcam.

Update: I got this code to run with no modifications https://github.com/seanchas116/SimpleDALPlugin 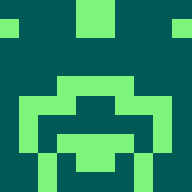