I am trying to make a GUI that allows for some customization of the text output in a second window; so I'm wondering if there is a way to have Vuo make a list of all available Post Script fonts on a system for use inside the running composition (not the editor) so a user can select a font they want to use from a list somehow? Kind of like how Photoshop (or any other application) that works with text will give you a list of available fonts and allow the user to pick the one they want to use.

sounds like a good job for a shell script and node that can load a .plist or text file.

Your bigger problem is that Vuo doesn't give you access to any native UI tools for selecting from font families and the many fonts inside a font family (bold, condensed, italic etc etc) the way the Vuo editor does on the Make Text Layer node when you double click on the Font input port.

Thanks for the input Alastair, for now I think I am going to have a button launch the Font Book.app and have a text field in the GUI beside it that I can write my font choice in. Most certainly not an elegant solution, but for now I think it might work. I think this is something worth exploring getting a GUI node for. I will look into your suggestion on using a shell script though.

But you're right not having a native UI tool for fonts or one that can build a drop down menu for selecting form that list is problematic. I really hope this gets added soon.

Yes UI tools for "Open…", "Save…", and "Font…" would be nice to have when making bigger projects or video effects for distribution to 3rd party users.

Yes, color and font UI could be cool ;)

So yes Chris, for now I guess your best bet would be to either paste like you said, or use the "open" window to manually select your font in the font folder, or use the Font Book app, right click the font, view in Finder, and maybe drag the font onto the composition window.

But both these methods require a command to extract the font name. So far it works for most fonts, I don't know why but some don't seem to work, probably a file path thing.

I guess coding a custom node / class for this should be possible. But beyond my skills.

So yeah, a color and font picking UI sounds like a cool feature request. Probably easier and faster also for the team to implement than a UI to access all other Vuo published ports to apps into a preference menu. 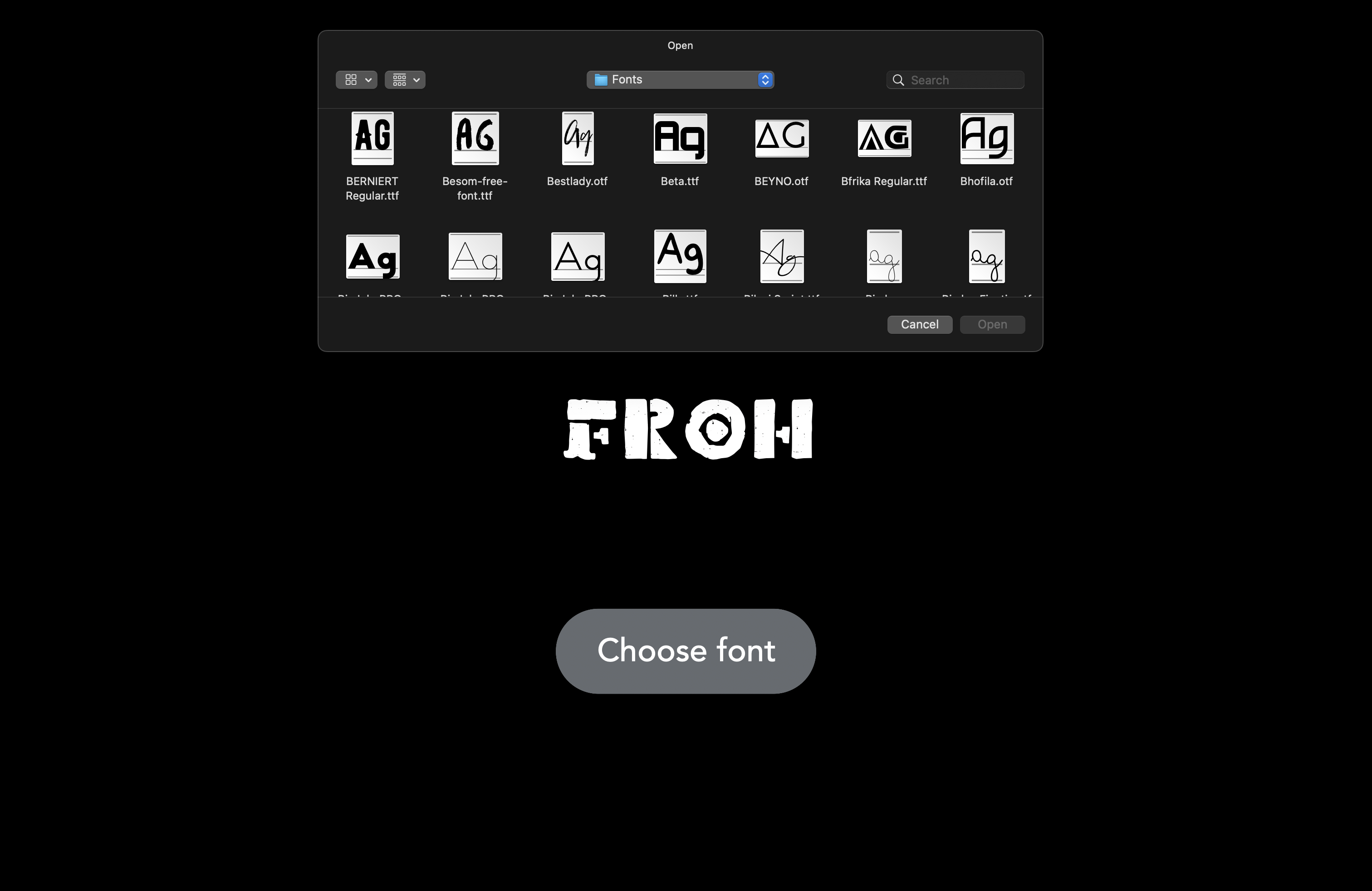 Thanks Bodysoulspirit for the Open and Drag Apps, I will definitely play around with those. :)

There's a shell command if you want to get a list of all available font family names into Vuo — fonts.vuo

That list could potentially be fed into the proposed popup menu UI node. I don't think anyone has created a feature request yet for a full-fledged font UI widget.