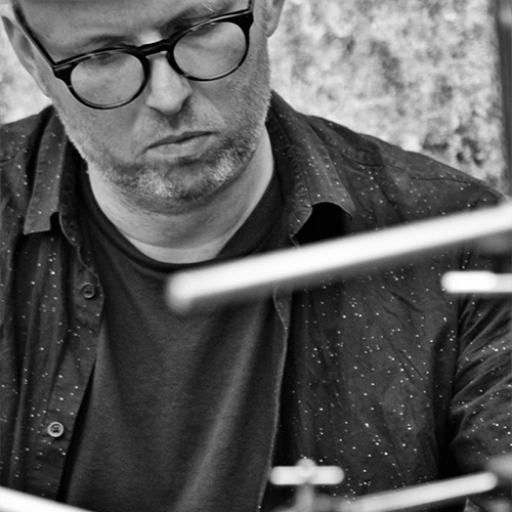 Espen Sommer Eide (materialvision), a composer based out of Bergen, Norway, has an unusual approach to musical art. By using sound as "both method and medium," Espen works to break down the artificial divide between audio and visual representations and tools. Through solo exhibitions, installations, and performances as well as work with artistic collectives like Verdenstreatret, Espen has used "long-term engagement with specific landscapes, archives, languages and rhythms" to draw out connections between seeing and hearing the world.

Part of the creative toolbox Espen uses in his explorations is Vuo. Espen's 2018 exhibition "Imaginalia" integrated Vuo to help tell a story about a composer's attempt to translate the ecology and biology of Northern Norway into a musical composition while plagued by his past. Espen returned to this idea in his "Imaginalia Revisited" in 2019, reinvestigating our relationship to nature through sensory experiences explored in the connections between images and sounds. In addition to using Vuo in his audiovisual art, Espen has also co-taught a workshop on data-based creative software that included Vuo for a 2019 Verktøykassen at the Bergen Centre for Electronic Arts.

I was delighted to speak with Espen about his recent production "Trust me tomorrow" with Verdensteatret and how he has been using Vuo as an audio and visual storytelling instrument. He shared some insights into the often complex and very site-specific set-ups of the productions he works on and about the benefits of pushing back against strict divisions between things that appear very different on a surface-level inspection. Espen also hinted at how the pandemic has allowed him to reflect on his own work and how this has shifted his future plans.

What role does Vuo play in your work and your creation process?

I would say that one big advantage of Vuo compared to all the other software I use is the speed of prototyping. I can have a vision of something I would like to test and very quickly find a way to make a sketch for it in Vuo. Also it is important for me that it can handle high quality video without much compromise and also that I can make hardware-demanding apps that are networked with OSC to other software.

“Trust me tomorrow” draws on a number of visual and audio storytelling components — where does Vuo fit into this?

We are a collective that has a lot of different artistic practices and formats we work in, so technology becomes a key to bind it all together, to make pathways between all the components. We were using VDMX for live video in our previous works, so when Vuo could make plugins for VDMX it became a natural extension for the more weird and unique ideas that are not part of the standard VDMX setup.

To give a few examples: One of the areas we investigate in "Trust me tomorrow" is the borderline between analog 16mm film and digital video. So in this case Vuo is used for frame-by-frame manipulations of the 16mm improvisation to digitally "augment" the projection. In other scenes we connect OSC data from OpenCV tracking of objects in other software to control effects in Vuo, for example. So Vuo is networked inside the complicated and entangled "space instrument" that our productions often become in the end.

How does “Trust me tomorrow” differ from your previous work, especially earlier work with Verdensteatret?

That is a difficult question to answer! For me personally, I was much more involved in the visual side this time, while I previously have been more in the audio side of things, but we all change roles and take part in various sides of the long process it is to make a new work.

How does working with computer-generated sound and music design compare to working with more traditional instruments? Does it open up new avenues to explore?

I don't believe I make such a strict division between the two — I am always oriented towards breaking down such binary thinking, including the division between audio and visual. One interesting and important aspect with novel instruments is that they might have more artifacts and low quality elements that are still not removed or cleansed out of the instrument. One can hear the mechanical elements or the digital glitches integrated in the intended sound. Also they might suddenly become ridiculous looking and not be taken seriously, which gives them a strong form of broken poetry or carnival celebration gone out of control.

What’s on the horizon, or what’s something you’ve been interested in exploring that you haven’t yet had the opportunity to?

At the moment I am getting quite deep into machine learning and I think this will occupy me a bit in the next year. But in general, I think the pandemic has made me stop and look more back in time and not keep hunting for the next big thing. I think there are a lot of materials and methods that deserve a long-term study instead of the constant search for "the new" that makes for weak and shallow art.