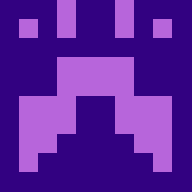 I am happy to present you with my first composition: Transient Text Display.

This is composed as an 'Image Generator' in order to make it available to external programs. It builds on Wake up, Neo by Bodysoulspirit, but instead of periodically advancing the text based on time intervals it prints the next character based on incoming transients on the audio stream.

The attached composition demonstrates left alignment — using Make Text Image -> Make Scaled Layer, with Get Image Size to set the size and X coordinate. (In a future release, we plan to add a port to Make Text Layer to make this easier.)