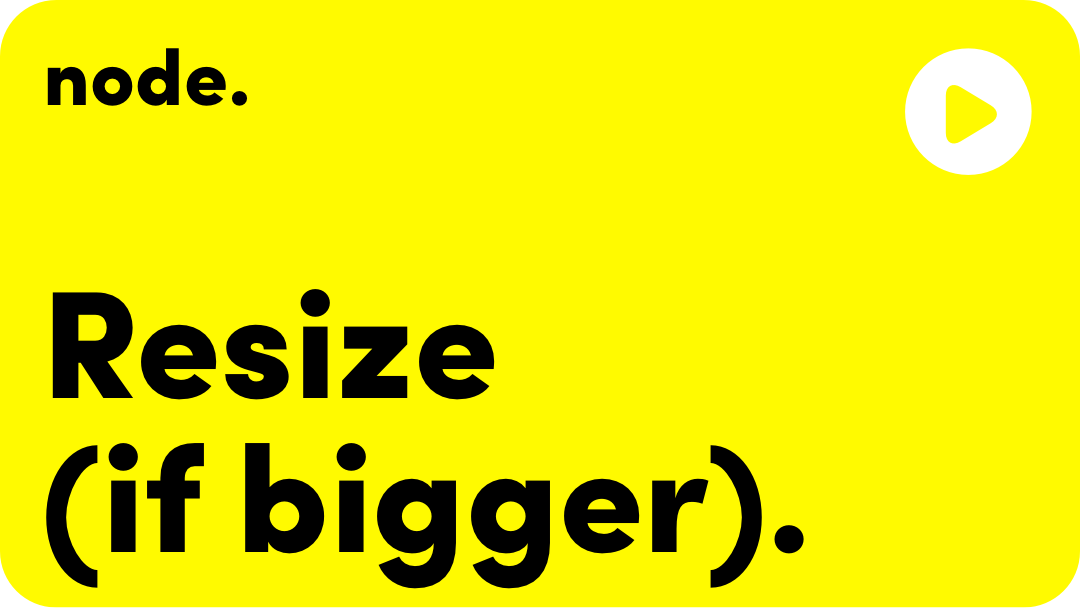 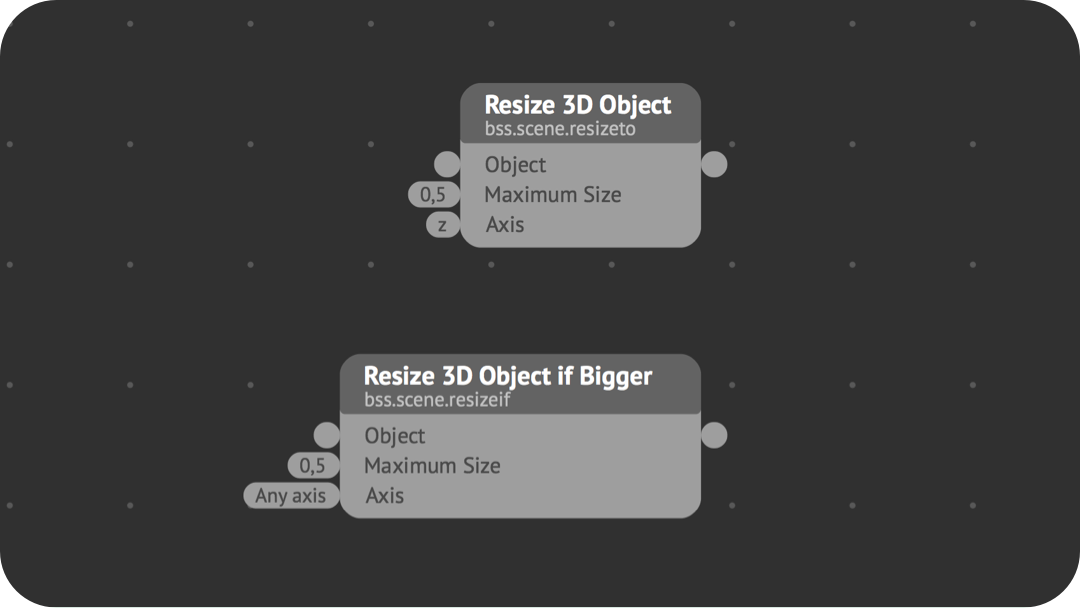 Resize 3D Object if Bigger
Resizes a 3D Object if it’s bigger on a selected plane (x,y or z) or on any plane and scales it down proportionally.

Resize 3D Object
Resizes a 3D Object on a selected plane (x,y or z) and scales the other axes proportionally.

As opposed to the built-in Scale nodes, these node do not take in account past scaling, but resizes to a given dimension.

This idea and code is built on the Normalize 3D Object node that scales objects down to 1 if it's bigger on any axis.
These nodes allow to scale on any given dimension, with or without condition, and optionally on a specific axis only.

Place these .c node inside your Vuo Modules folder. You can search for these node by typing BSS in the node library.

License : Original code by ©Kosada Incorporated, released under MIT License, modified by Bodysoulspirit. This code may be modified and distributed under the terms of the MIT License.
For more information, see https://vuo.org/license.

Have added 2 nodes to resize layers also (text layers too) (Resize to & Resize if bigger).