Hi How do I compare two lists of text to see the difference in entries? Specifically, I need to make a tool that alerts me when NDI sources drop off my production network(70+ sources) and identifies which item is no longer in the list. Can anyone suggest a way to achieve this?

Probably several ways to achieve this.
I guess with stock nodes one can cycle through both lists and feed a compare node ?
Although with stock nodes there might be some work getting the indexes ?

But I tried to make a little custom node that does this (install the node in your Vuo User Folder, or have it in a `Modules" folder alongside your composition (like for the joined composition below) (will be embedded if exported as a standalone app)).

I don't know anything about NDI, maybe if you uploaded a screenshot or the composition it might help (although I don't have NDI hardware), but joined below is the node with some compositions, one compares 2 text lists, outputs index lists for items that matched, as well as those who did not match, and outputs the values that matched.

Also a beta composition to directly compare NDI sources (from the start where they all work, to later when some don't?). But I can't test it.

I don't know if missing NDI sources output a different text, or an empty text, if empty, it may need some extra work ?

PS : the custom node is still kinda experimental, it need both lists to have the same amount of items to output correct data (thus the question about empty text or not). 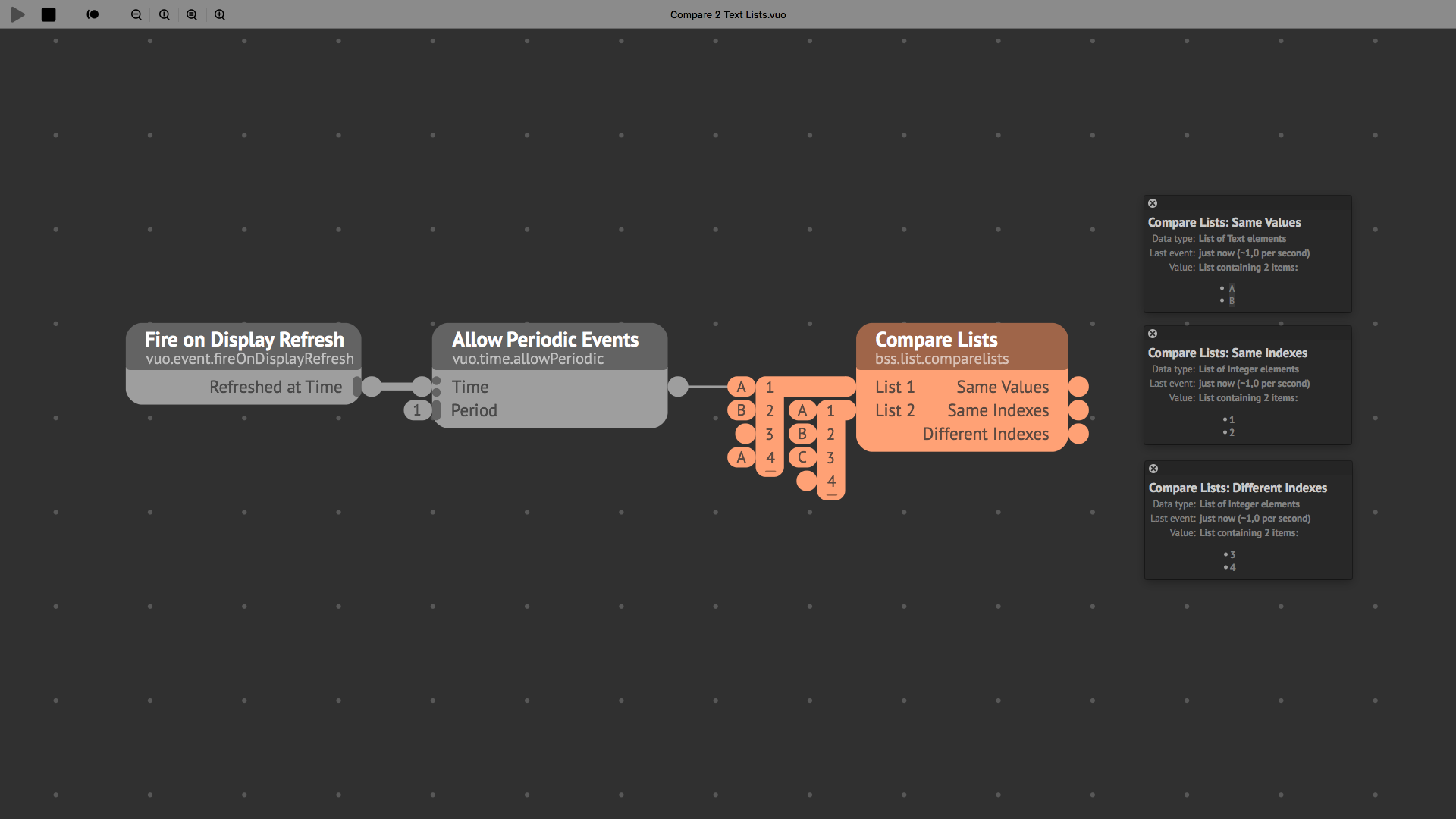 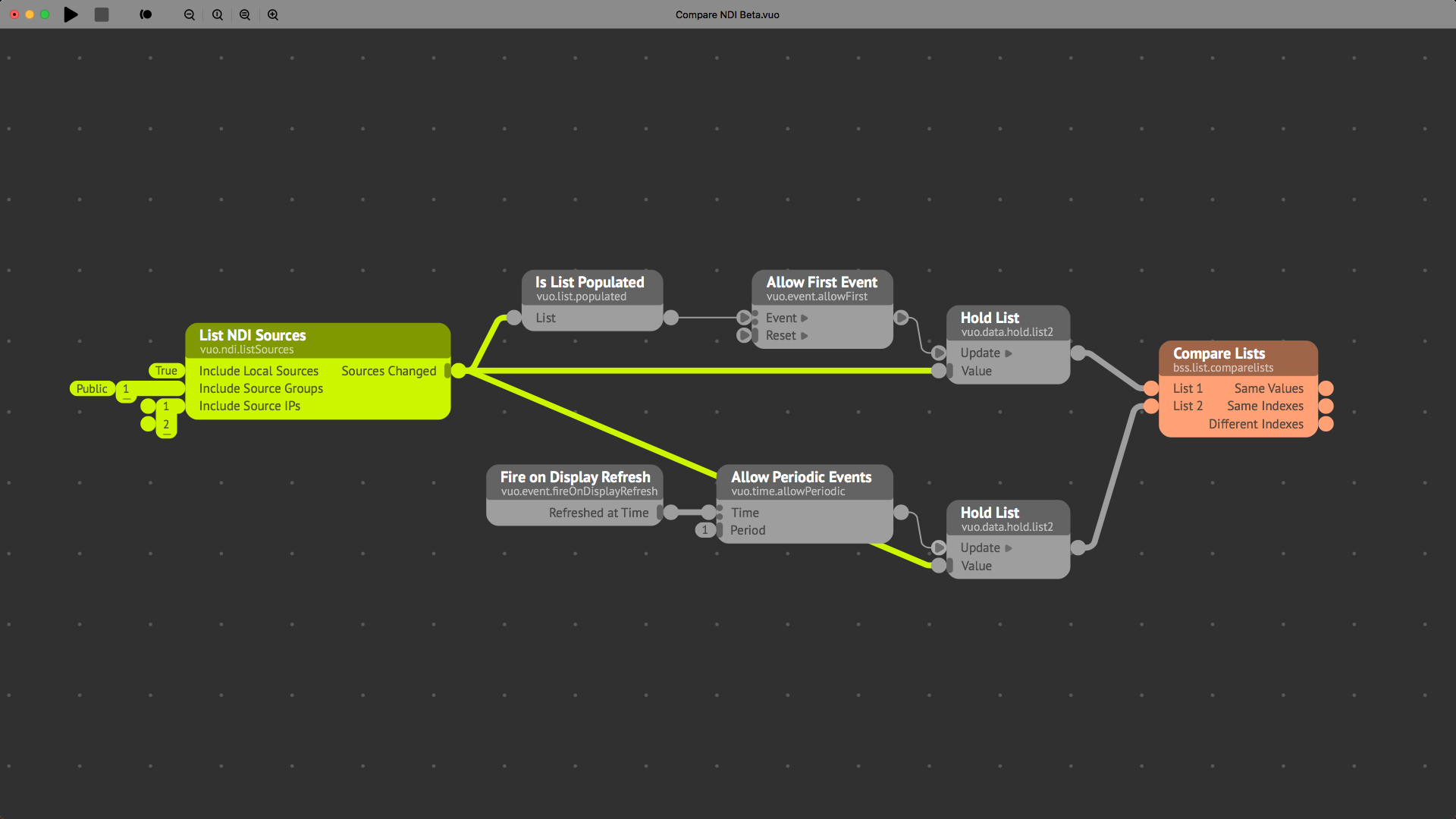 I don't really know how those NDI nodes work but when you say "when one drops off", instead of comparing, would there be a direct method to check for sources that drop off using this node : Block Empty List Values ? Because I've just added an "Unpopulated Indexes" output list to it.