Sometimes I have a Node with multiple Cables connected. I'd love a time-saving method to duplicate the existing Node and Cable connections.

For example, perhaps this is an extension of the usual duplicate/paste methods:

In this image example, I would want to duplicate the Make Time-Date node, which I am using a set of alarm per day. 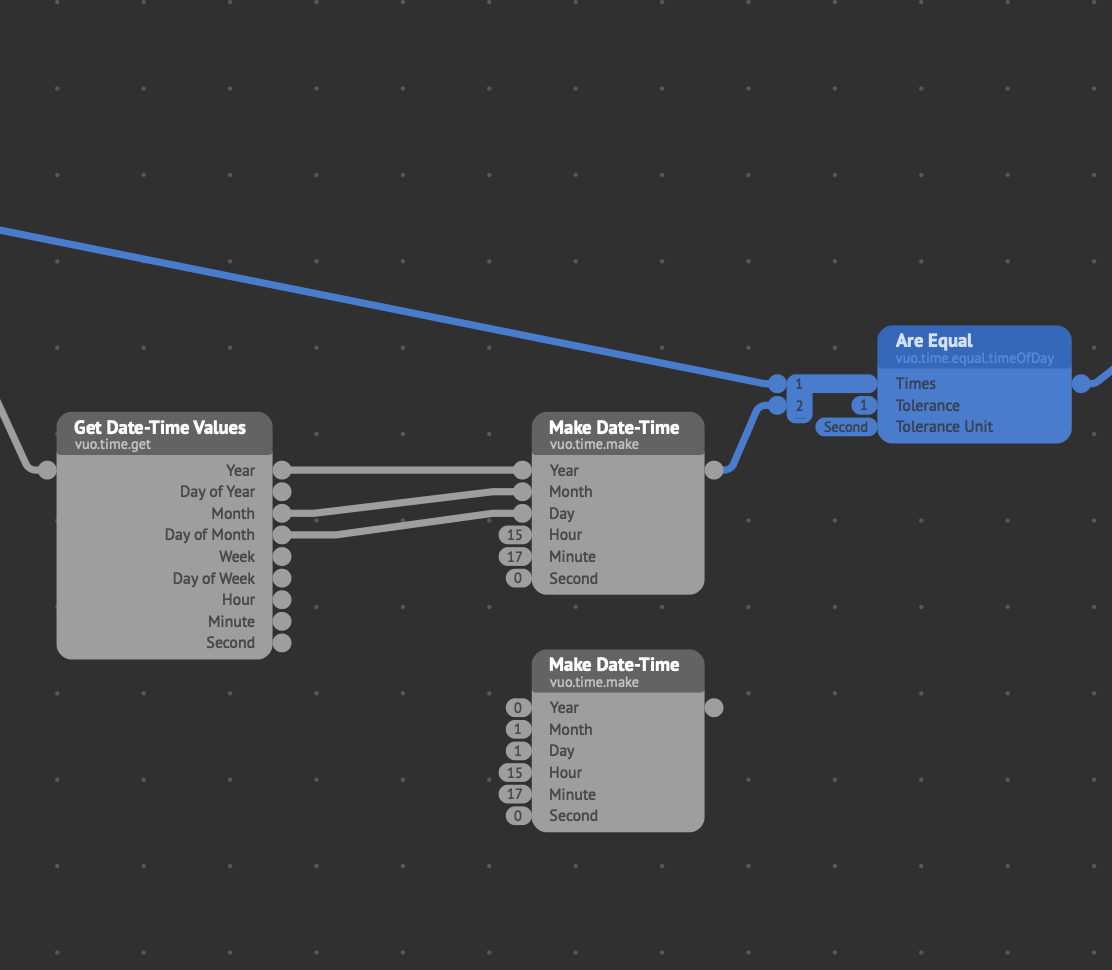 We'd like to merge this feature request as Bodysoulspirit mentioned above: Optionally preserve incoming cable connections when duplicating a node.

I don't object to merging the request, but I would object if the proposed solution is the accepted, sole, one.

Optionally preserve incoming cable connections when duplicating a node is a slightly different use-case though.

For me, there are two use cases.

In this case, #where# I want to do the work, there is no existing receiver node. In practice, this would mean going and finding the receiving node, and duplicating it there. If a cable is hidden, this means unhiding, finding, and then re-hiding. And then dragging the duplicated node to where I actually want it.

This may sound pedantic, and I agree that for the size of Vuo files in the examples it may be. I cracked open the big .vuo file I'm working on, and if I'm reading it correctly, I've got 991 (almost a thousand) cables in there, although I don't care to count them. The .vuo file itself is 1880 lines.

We believe use case 1 is covered by Optionally preserve.... We'd like to limit this FR to that use case. If so, we'll merge it.

As to use case 2, would Super Cables cover it?