Created on behalf of https://vuo.org/poll/device/2015. Team Vuo pledged 16 votes based on this feature's rank in that poll.

Many people are going to jump on these things and if Vuo can help people do great things easily, it will be a great source to get people use Vuo if it's done right, simple and early.

I don't really understand and am able to classify yet how all these devices will manage content (what inputs they will have, what files and exported supports they will run ...)

But, I think, at the start, the most general, wide and simple the patches are, the better it could be.

For example I saw there is an Oculus support request, an HTC Vive one etc ... But will we need specific patches for all of these ? Would it not be possible to get some general one's first ? I understand each VR & AR headsets are going to have their own SDK's and gyroscopes and all that stuff, but perhaps they have some things in common that could pretend to get some general patches ?

For example, as far as I understand the thing all VR headsets needs the images to be splitted, stereoscoped, and pre-distorted. What about a general patch where we could adjust the predistorstion for example so that it could work with a wide range of AR/VR devices ?

This FR could be more general as there are many VR headsets currently, and the HTC Vive looks like the best quality unit now, maybe a generic 3D VR node could work out well?

alexmitchellmus, we'd be open to adding support for other VR headsets, depending on votes from the community. Unless someone comes out with an API that works with multiple VR headsets, Team Vuo would need to do the work to integrate each different kind of VR headset, with its unique API, one by one.

If you're interested in alternatives to Oculus Rift, please create separate feature requests for each kind of VR headset. That way, we can prioritize them based on votes.

Just to let you know, if you were to create a feature request for Vive, we might not open it for voting immediately, since Vive and Vuo can't yet run on the same operating system.

I guess this would work for the oculus go now as well. This would be a massive feature, I desperately want to play with this.

mle, unfortunately no, Oculus Go is different enough that it wouldn't be covered by this feature. Because Oculus Rift attaches to a computer and shows up as an external display, supporting it is just a matter of implementing the I/O. Oculus Go is an Android-based mobile device, so it would require the ability to run compositions on Android (feature request) in addition to the I/O.

aaaah I understand, thanks for the response. The rift would still blow some minds.

I wonder though, the ability to export to iPhone app vs rift? Being able to get compositions on the app store would open a world of opportunities, as with a vr experience :)

I wonder though, the ability to export to iPhone app vs rift? Being able to get compositions on the app store would open a world of opportunities, as with a vr experience :)

There is a FR existing for that, looks like it would be a ton of work but it already has about 200 votes. If there's enough interest they may decide it worth the effort. Only way to make it happen is by contributing votes. :) https://vuo.org/node/791 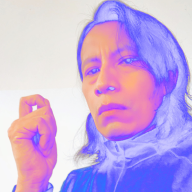 VR would be amazing feature. apple support the HTC vive with an egpu 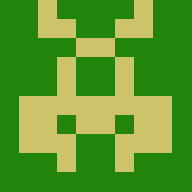