Make it easier to share (and archive) compositions that use external file resources.

Would love more info on this !

How would the team envisions this ?

Could be a File > Export > Composition Archive menu item. It would take the composition, all media it uses, all plugins it uses, and combine them into a ZIP file. You could then easily upload that ZIP to the Composition Gallery. Another person could download the ZIP and open it in Vuo Editor and run it.

Related: Ability to create composition-local subcompositions. Actually that would probably be a prerequisite, since otherwise you couldn't easily load all of the plugins from the ZIP file.

Wouldn't it be technically possible that a vuo file would instead be a small little bundle, with the ability to contain files, like an app can, and have the actual .vuo code file be bundled in it too?

I guess the team probably thought about this so there may be some cons to this or maybe it wouldn't be possible, and if it's possible, it would probably require way deeper changes and change the complexity to more dots.

This would probably be the easiest way to share compositions no ?

Yes, that would be possible. You already pointed out the pros, so I'll just mention the cons:

Yeah I was just trying to think long-term.

Mainly we need to pack :

1) Compositions (normal, filter & generator).
2) Apps (it's already bundling it).
3) Screensavers (hope we will be able to bundle stuff like application bundles can).
4) For the upcoming plugin export features (FFGL etc) I don't know how those formats / apps manage side files & bundling.

And we use these :

A) With Vuo, as .vuo files.
B) As stand-alones (Exported apps, screensavers).
C For host applications (Coge, Resolme, etc).

I was just trying to think about what would be the most hassle-free method when it comes to sharing.

For B) as apps it's obviously not a problem since they bundle.

For A) as .vuo files it depends, we can

For C) as plugins for other hosting applications, again I think it depends how those apps manage side files. Clearly as I imagine the vuo files have to be moved to some specific folders, it usually requires changing paths etc, so I guess that's where this bundle into would benefit the most if possible. EDIT : I just saw the first FFGL export from the 1.3 beta exported by the team, clearly those seem to accept side files. So it seems the only apps that would benefit vuo file as bundles would be apps that directly host .vuo files, such as Coge.

Anyway, just leaving this idea here, wanted to ask and share, maybe this will popup later again at some point. Thank you for the answer. 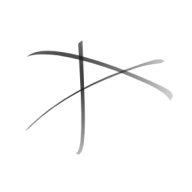 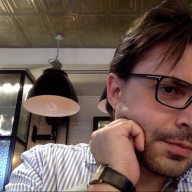