We're planning to implement this in Vuo 1.3.

We planned out what all needs to be done for this feature request, and realized we aren't going to be able to fit it into Vuo 1.3. Sorry :( I'm opening it back up for voting.

Lists-within-lists really would be a good thing to have in Vuo. The difficulty is that we'll need to rework a lot (more than we'd realized at first) of how lists are handled in Vuo. We had to choose between spending a lot of time on this feature or doing more of the top-voted features, and we chose the latter. Now that this feature is opened back up for voting, I hope you'll consider voting for it.

Now that this isn't in 1.3 let's vote it up for 1.4! Guys we really need this for the future of Vuo. This is a serious feature - maybe not "exciting" or "cool" but it's extremely important. This will be needed for dealing correctly with multidimensional data (such as loaded from XML etc).

Out of curiosity, Steve or Jaymie, will the (eventual) implementation let us toss around lists via cables like any other type of data, or will there be some important differences?

I think the only change that would need to be made to Vuo and list handling to do this would be to allow different datatypes in lists. I don't know if that is allowed, not allowed or not disallowed but also not possible with existing Vuo nodes. I imagine one code write a node to put various datatypes into the elements if a new class of datatype was created to handle it. Almost all current nodes would not be able to receive such a deep list — only a couple would get modified to accept such complex data.

We would need a new Make Deep Listnode to accept multiple single element lists of various things incoming and building the master list from them and metadata about the nature of the construction from other value ports. It's how I imagined I would create my 'triangle structures' referred to on other Q&As i posted with 3x 3D points for each vertexes along with a colour value for each vertex. Then write a node to fiddle with some of the positioning using transforms etc either before initial master list is made or by modifying it (so either before Build a List or using Process a List and clumping 6 or more elements as blocks of data when I process it, each block describing a vertex and its colour) Then parse in a final node that converts the data to scene objects for rendering.

Lists already have a datatype other than 'list' associated with them obviously since we can have a list of integers as well as a list of 4D points and the Editor knows the difference. This in a sense is List metadata. Maybe we just need a bit more List metadata to describe more complex set ups.

Team Vuo could create two new datatypes, one of deep list or matrix (but it's a multi-typed matrix not the typical kind where all elements are the same type) and another datatype say multi-list for the deep list elements of, say, 10 items where the first 3 or 4 are positive integers that represent the array indexes (a, b, c) allowing say a 3 deep lists of lists of lists, and the following items in this object could also be predetermined so Vuo always expects the same basic datatype at each element, so d is real; e is text; f is 2D point; g is 3D point (which colours can be converted into); h is 4D Point (which CMYK colours can be in); i is image; j is layer elements… and so on. Or maybe just allow them to be anything and the user must set up the code to process them carefully.

Philip you mentioned that Jaymie demoed a way of constructing a list using the Share List node somewhere else (forget where). Wondering if either of you have a link handy, if not no probs I expect I'll figure out how at some point.

Philip, yes, that's exactly what we had in mind :)

Alastair, yes, one could build subcompositions or C nodes that input or output lists that have a certain structure, implementing a complex data type such as list-of-list on top of the simpler existing list data type. This could be a workaround until true lists-of-lists are implemented.

Ideally it would be better to be able to treat lists, lists-of-lists, etc. like any other data type, as Philip said.

Hi have no credit anymore to vote on this... but +1 by me! Lists of lists, or in other words, lost treated as every other kind of data type, is a must-have feature for me.

This is now my second composition where I got stuck because of missing this. Casted 130 votes. Hope it helps! Certainly implies a lot of work, but would be a game changer for Vuo.

Thanks for the votes sinemod. Hopefully this gets looked at soon!

Oh gosh. Didn't know it was already scheduled! Save your votes then. 😬

Feature status is not updated yet ;-)

Yep, we (Vuo team) are still strongly thinking of adding lists of lists in Vuo 2.5.0, more so now with the recent votes. The plan for next releases is probable but not set in stone. We'll be marking feature requests as "chosen" when we can definitely commit to them being in the next release.

do i vote or hold on to my chips Jaymie ?!

yes, also running into this, when parsing xml... voted

related: I'd like to sort lists on (attributes of) nested elements... We can then run 'layered dynamic content' into a composition when importing (or refreshing) xml from a database (with users interacting in real time via the web to drive content to our vuo app... exciting ;-)

I have a question for @teamvuo/Jaymie, lists in Vuo currently have to be homogenous (AFAIK)? So this will apply to lists of lists too right, all elements in any list of lists will be of the same (predefined elsewhere) datatype?

Nice idea, but if it would cause a delay (sounds "a bit" more complex), I would be happy with one Datatype in the next release.

Sorry sinemod I simplified the question, so your response doesn't make sense now.

What I was talking about in original version of the question is that in many programming languages there are ways to make heterogeneous definitions of types, data-types or classes.

In Haskell for example it's trivial to create a new type which may be a combination of more elementary types, say a pair comprising of a string and an integer number value

the only way to create a new datatype in Vuo is to do so by making a node or nodes in C (I assume). Would Lists of Lists benefit from some nodes to create heterogeneous datatypes that can be used in lists?

Another question for @teamvuo / Jaymie, will Lists of List automatically allow Lists of Lists of Lists, simply because it's a recursive approach to lists, or would that require extra coding? I note that recursion is included in alexmitchellmus's FR, so assuming it's included unless we hear otherwise.

Lists in Vuo currently have to be homogenous (AFAIK)? So this will apply to lists of lists too right, all elements in any list of lists will be of the same (predefined elsewhere) datatype?

wishing for this today…

not sure how the tool tips /floating data previews are going to cope with lists of lists without a code write to give lists of lists more screen space.

lists of heterogeneous data for generating 3D objects like point clouds, triangle families etc is a pretty approach in QC. eg 3D points along with their RGBA colour per node, real value for size etc etc.

Be good to start thinking how this can eventually be accommodated in lists and lists or lists, rather than mapping it to a JSON tree. I guess that is going to make for problems with general nodes being able to accept lists on value input ports, but maybe Vuo editor just blocks complex type lists (for e.g. of type [(3D point, RGBAcolor, size value as a Real)] ) and only allows lists of the relevant data type(s) for any given input port. An advanced editor might let the user insert a conversion node the same way a 3D point gets converted to a 1D point where appropriate ATM. 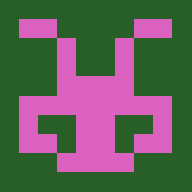