In vuo 1.1.1, the model loads successfully. In 1.2.0 build 6149 (alpha 3), the VuoCompositionLoader crashes. There's a pretty long error message, but here's the important bit:

Confirmed the crash / failed assertion. The problem seems to be that typical OBJ files have texture coordinates that look like this:

Whereas your OBJ file has:

Since your mesh has two spaces after the vt, Open Asset Import's parser is thinking you're trying to specify 4-dimensional texture coordinates (where the first coordinate is empty), but it only supports 2D and 3D texture coordinates, so it panics. I'll see if I can make it parse that correctly / not panic.

In the meantime, maybe try exporting your Noesis mesh into a format other than OBJ. 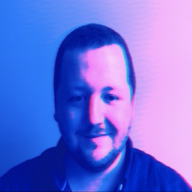 That makes sense. Puzzling that it does work in 1.1.1, though.

The Open Asset Import developers fixed it in their repository, but they haven't published a new release yet, so I applied their patch, and Vuo can now load your model. That change will make it into our next 1.2.0 alpha release.