This composition shows a slowly rotating and deforming 3D-object with a changing halo of gas and particles. The camera view can be changed by mouse. It was created to test out some Vuo-features. (Blend Image with Feedback, Make Random Points Object, Add Noise to 3D Object,...)

Use a TouchOSC typewriter layout on your iPad to send messages to a Vuo composition. 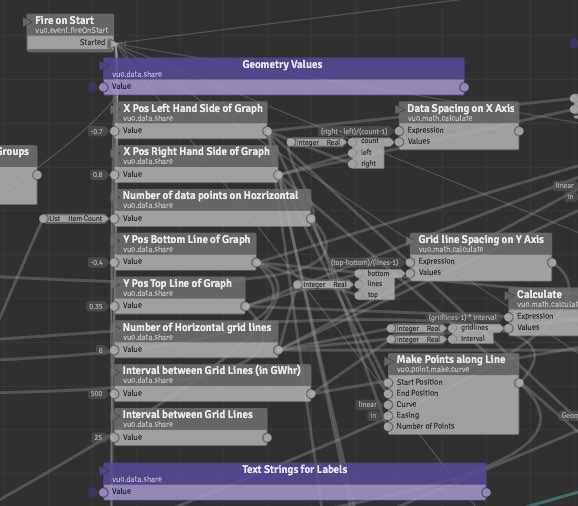 Nope. I tried using "." periods etc at the end of 60 space chars to make it kind of register but this doesn't work as a fix.

Until we get canvas notes this was what I was attempting to use, but it's not possible until this behavior is fixed.

We had a few instances of the Barcode node incorrectly reading a Datamatrix and ended up displaying numbers momentarily rather than the text that it should have read. Sometimes it was briefly, sometimes it flipped back and forth between numbers and a proper reading and other times numbers were visible for a few seconds before it was read correctly and displayed text. We also had a couple of instances where it displayed numbers when it decided a wood grain was a barcode (The card holder we have the camera mounted to was made of wood). This got me thinking that because the barcode reader can read different types of barcodes perhaps before it read the datamatrix as a datamatrix that it may have incorrectly identified it as a different type of barcode and spit out the results before correctly detecting it as a datamatrix. I think a simple fix might be to add a drop down list of the type of barcode we would like the node to look for. This could prevent incorrect identifications.

I managed to snap a few pictures of two incorrect readings of the same datamatrix (one with a partially occluded datamatrix) along with the correct reading. Because it contains student information I can't post it here but could privately send them to you.