Was about to test Vuo & MMV intergration, and it keeps crashing shortly after start up. This began after installing MMV, and keeps happening even if it is closed. The only other reason I could think of is I updated my 3rd Party ISF Directory while Vuo was offline... but this doesn't sound like the reason to me. Reinstalled program with no luck either, any ideas? No error messages, was working beforehand. Specs below: 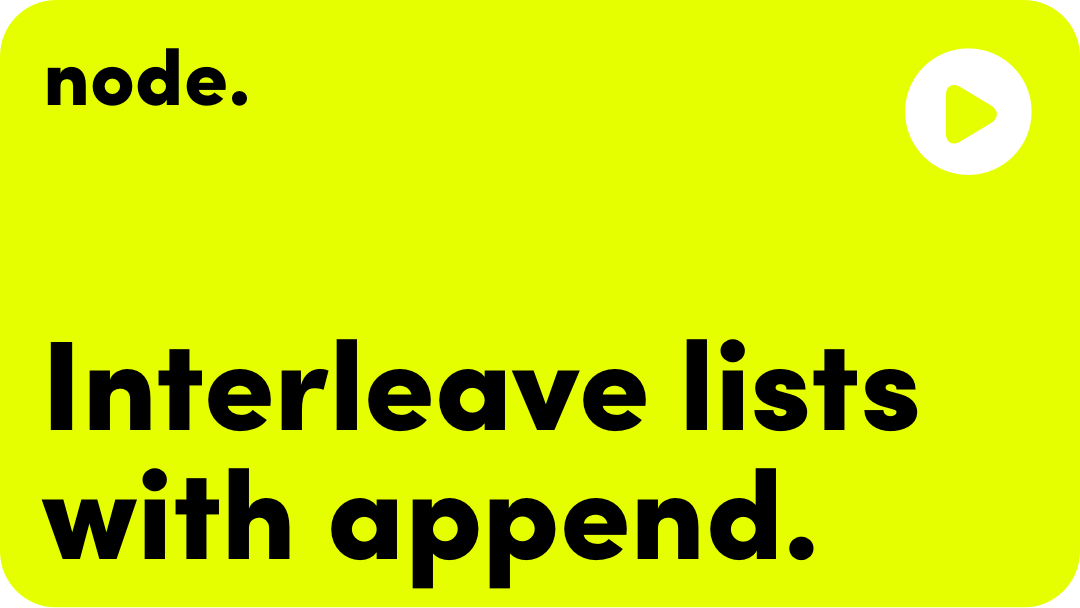 Interleave 2 lists, appending the extra items from the longer list at the end.

●●●○ — It prevents me from completing a specific task with Vuo.

This is a new problem. In the past (with previous versions of VUO) I have been able to export compositions with the 'fetch scene' node, and they would run without issue.

Thank you for looking into this.

I removed this.
Not sure it's a bug anymore, will try to investigate more.

Probably not really a bug, but just wanted to know the best way to avoid that and if something could be done.

When replacing a .vuonode in the Node Gallery, one removes the old one first, and replaces it with a new version with the same name.
Even if on the node page the name is the same, the Vuo website adds a prefix at the end of the .vuonode file (for example example.vuonode_1), a name change which you only see once you've downloaded the node on your computer, but that node with an appended name then doesn't work anymore when placed in the Vuo Modules folder.

It does however still work when you change the name of a packaged .vuonode, but for simple nodes, what is the benefice of packaging it, if you don't have any specific Library Modules and the node description is coded in the file ?

Anyway, what do you guys recommend ?

Package in a set, or zip the the node before uploading.