Coming from a design background, I'm pretty well trained to hold down the Z key, and marquee select the area I want to zoom to. This is how Photoshop, Sketch, Figma etc. works.

Therefor I often unconsciously hold down Z and select an area with the hope of zooming into that area.

Would love support for that!

For example if the Vuo editor is running and you close a composition, you have to go to "create new composition".

In Sketch or mac apps like Pages or Numbers, when you click on the already opened app in the dock and it has no active window, it creates a blank or a template window.

Having the same in Vuo would be a non urgent but cool thing.
Perhaps open either a default blank or a template window with protocols or normal blank composition you'd just have to choose.

Often I use the port popup (click one port) to get information, for example a path or some text etc.

Problem is the preview often is too short and I end up using a Console Window :(

Could it not just be but scrollable ? Like preview 3 lines instead of one and scroll the rest if more ?

For example here below if the url was way larger I could horizontal scroll it, if it had several lines (tree) I could vertical scroll it :

I know there are also these yellow notepad like popups that sometimes come up (haven't understand when they do and when they not) and that display more info already, which is great, but a longer one could still require scroll.

Plus A - I think the port popup looks better then the yellow pad and B - we have port popups + yellow popups = 2 popups. And C - The port popups can be floated which can be great too sometimes.

Of course I assume popovers are rendered only when opened so I guess that would not affect the editor performance.

Be nice to have robust system wide searches with names, fragments, tags, etc., for .vuo files, like QC.

As shown below, an optional "points grid" for the canvas editor (beside the Line Grid).

Height/width of the dots set to something like 3 pixels / points (3x the grid line size). Positioned at every line crossing point. 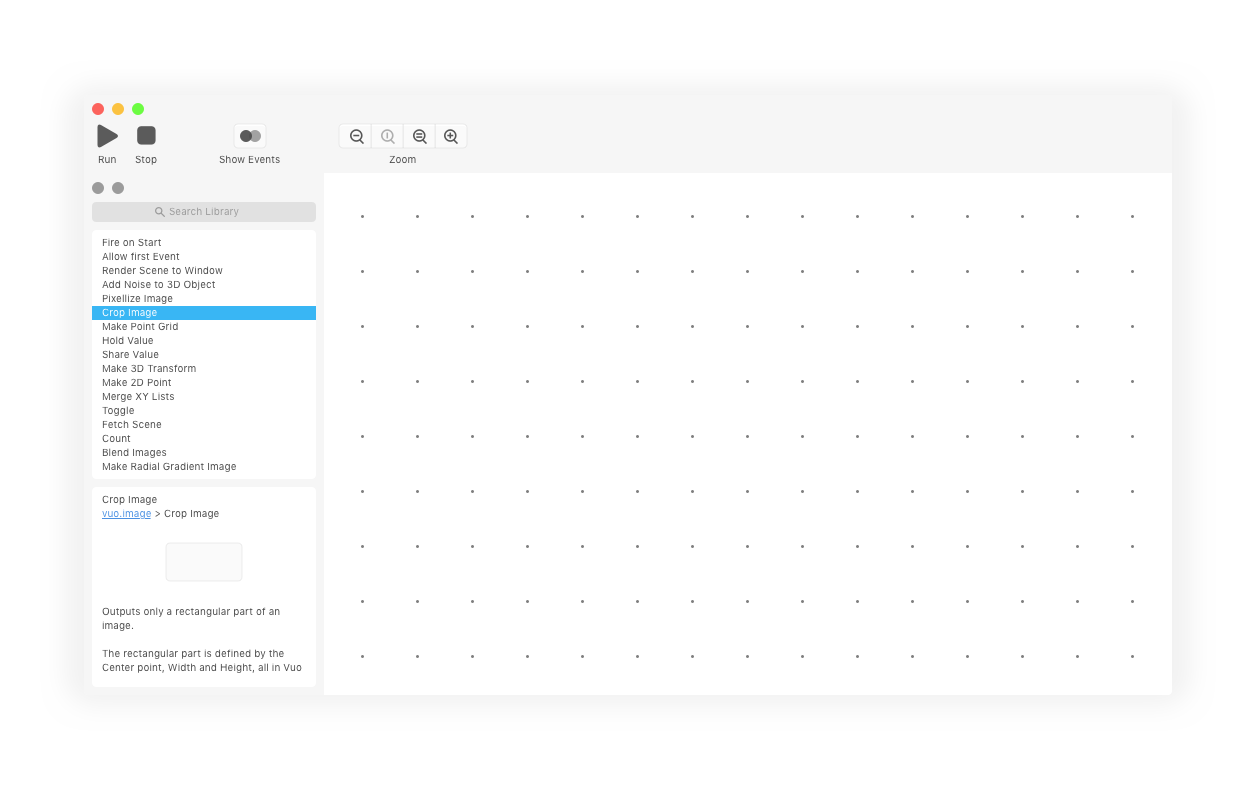