Was wondering it it would be possible to get something like a "Fire at FPS" (and "Allow FPS" for protocols modes) nodes.

Got a new MacBook Pro with ProMotion display up to 120 Hz, now all my compositions run at 120 fps :).
One can change it to 60 FPS in System Preferences, but having to switch it back and forth isn't that great.

Moreover, when I tried to set it even lower, 48 FPS, I saw I was able to run a Shadertoy cloud shader in fullscreen, which was laggy in 60 Fps.

And while being able to manually switch it in System Preferences is possible, I think a "Fire at FPS" node would still come handy for distribution. If for example you know a given animation would be quite heavy to run at 120 Hz, you could set it at 30 or 60 FPS manually for distribution.
A smooth 30 Hz for heavier compositions will always feel smoother then a laggy 60 Hz ;)

So a node with an input port where you select the frame rate, and you get a time output port refreshed at the chosen rate.

For Protocol Modes and the sidebar Time Input, I don't know, I guess the team would know best.
Maybe a right click set to "Automatic" by default, but with an option to choose some frame rates ?
Or leave the sidebar as it is, and use the hypothetic node "Allow Time at FPS (or Change Time Framerate) for manual changes.

Right now I tried to limit it with this crude idea showcased below, but set to 1/48 or 1/60, the animation isn't as smooth compared to manually setting the display rate at 48 or 60 Hz, so this isn't great but also adds many nodes to the canvas. 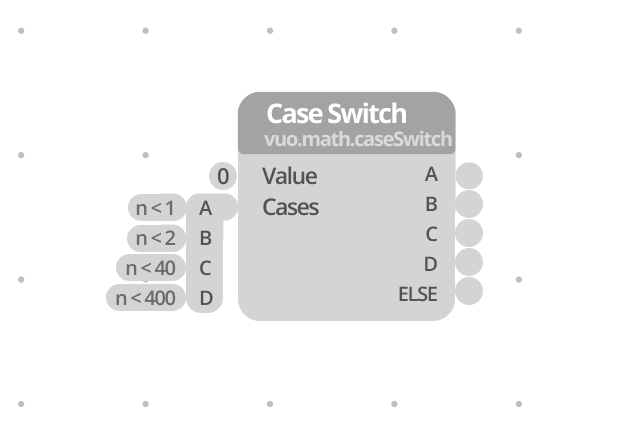 I'm currently needing to build something like this—where I'd like to route flow depending on conditions. In Vuo, this can be quite tricky to do.

In code, you'd use something like a Switch statement. Where the logic would compare each statement until it finds one that is true and then compute that flow, else follow the Else flow.

It seems like a generally useful flow…since lots of interaction design is based on various flows with some heuristics to decide on behaviour.

I'm not set on the name or implementation, but hopefully the basic desired function comes through.

I have to go try building something like this now, but it's not going to be easy to achieve.

Not sure if this belongs in the Vuo SDK category, but a node that records/displays the execution time of a node/nodes could come in handy. This to check own custom code nodes, subcompositions or part of a composition. Maybe something like this: 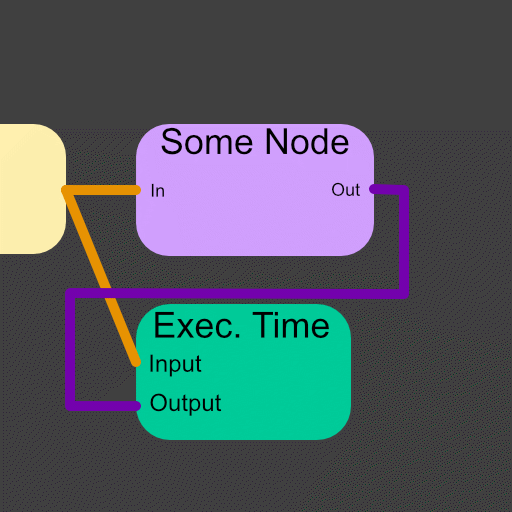 This composition shows a tracking shot through a generated landscape. Right mouseclick changes the perspective.