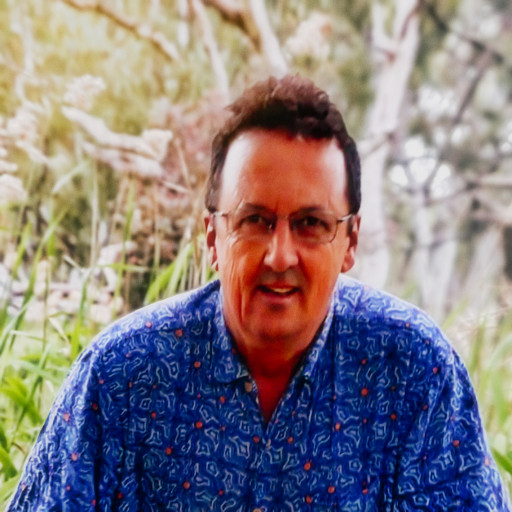 As a teenager I experimented with recording on reel to reel tape recorders salvaged from trash and treasure markets and kerbside rubbish collections. I first experienced traditional musique-concrete and tape loops using traditional and recycled rubbish as percussion sound sources, actual guitar, homemade electronics and my first homemade noise-machine using guitar strings stretched across an old metal laundry sink. In the early 1980’s I performed with experimental and “post-punk” group Essendon Airport. Between 1980 and 200O my music composition practice was directed to making soundtracks for my own experimental films and animations. From 1998 to 2021 I taught Sound and Video Art Production Techniques in the Animation Degree course at VCA School of Film & Television , Faculty of Fine Arts and Music, University of Melbourne . From 2006 I started performing live audiovisuals for “Undue Noise” concerts in local town of Bendigo ,Australia . I started making soundtracks for other artists short films as well as my own, among these film soundtracks are Donkey in a lions Cage, Directed by Siobhan Jackson, the Boy who loved the rain, Directed by Tom Fraser, Wasp Waist, Journey from Pinsk directed by Magda Matwiejew, Robots in Paradise ,directed by Caroline Jiang , Lucky for Some directed by Robert Stephenson. My sound and projection work Drive to Work, won best site specific installation at Zagreb Animafest in 2017. In 2009 Naviar Records released my cd and digital album of electroacoustic and field recording based compositions SwampLakeCity , an embrace of the contemporary sonic ecology and layering of different eras and ages of landscape ; the sonic realisation of the dynamic flux and flow of past present and future -constant change and transitions between complexity and simplicity and between differing types of landforms and ecosystems - sonic representations of metamorphosing between oceans ,lakes ,swamps ,forests and cities in the same location in any order over long periods time- with human interference and intervention having the potential for symbiotic nurturing or ever more rapid destruction. In 2019 I performed and toured as ‘human drummer layer’ in David Chesworth’s Iive version of his “layer upon layer” record re-release. In 2021 my soundscape. The Faint Line between sky and sea made in response to poetry by Pat Boran, was awarded third prize in the Poetry in Sounds-Bull Island competition . Pat Boran described my soundscape , “Tumbling waves set the scene and introduce dulcimer sounds and chimes, suggestive of the wind, and punctuated by birdsong recordings. A cross between location recording, studio atmospherics and a subtle, evocative score that bravely suggests more drama than the otherwise minimalist setting might conjure.” Points On Line Work In Progress
1 year ago

Looks cool thanks can’t wait to try out Cheers

I also think this would be awesome and open up a whole lot of extra potential from wealth of existing isf work and development, cheers Owlbert

Thanks Motus Lumina Greetings to you too--from Lockwood Australia