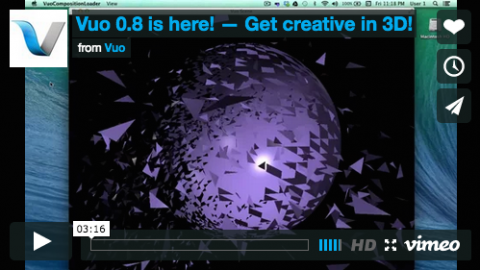 Vuo 0.8 is our biggest release yet, with 44 new nodes! We included 2 user-submitted feature requests — a barcode reader, and the ability to make windows full-screen on startup and change other window parameters. This release also includes our first premium node sets — the ability to render stereoscopic 3D images, and image warping for projection onto planetariums and other surfaces.

Vuo 0.8 comes with an array of new 3D object filters that let you explode, ripple, bend, and twist your objects — and a whole lot more. We've also added new shader options, including the ability to change shaders on imported scenes. You now have the ability to arrange 3D objects in a grid, normalize them, and calculate their boundaries. 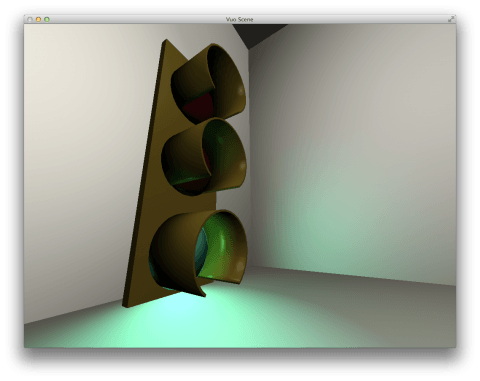 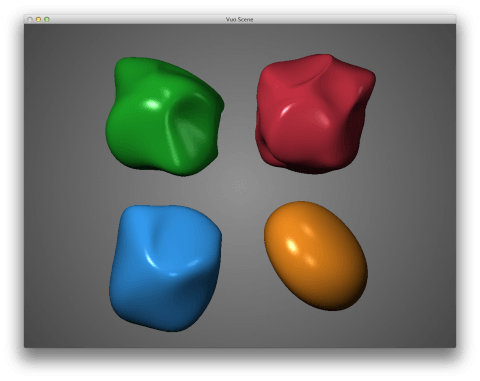 This release also comes with 34 new example compositions! Several of these demonstrate the new object filters, and a complete list can be found in the release notes. 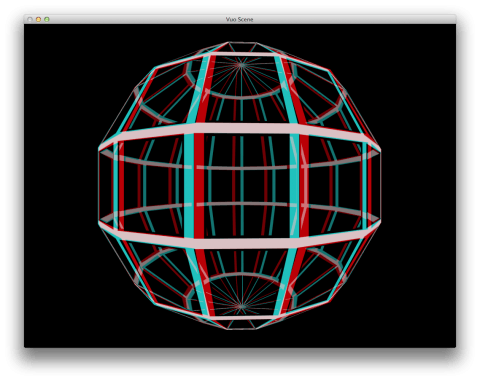 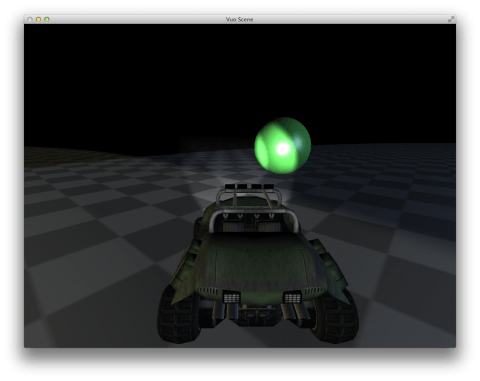 When working in 2D, Vuo now has the ability to arrange layers in a grid, more easily combine layers, and rotate images!

This release comes with a new Cocoa API, making it significantly easier to integrate Vuo with Mac applications. Check out the API documentation for more details.

If you're familiar with Kineme's plugins and apps for Apple's Quartz Composer, and you're wondering how Vuo compares, we've included a list of Kineme functionality that's included in Vuo 0.8 at the end of this newsletter.

Vuo now has a composition gallery where you can easily upload and share your work with the community — check out what's being posted! As always, we look forward to seeing what you create!

For those of you familiar with Kineme's Quartz Composer plugins and apps, Vuo now has equivalent functionality to: 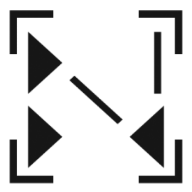 This is great. Love the new shaders. But is it just me or does the Leap-implementation not work any more? Switched back to 0.7 and there it works.

bnvisuals, glad you asked! I meant to mention in the newsletter that you need to upgrade your Leap Motion drivers. Leap Motion recently released their version 2, which has much improved finger and hand tracking. But unfortunately it's not backward compatible, so anyone using Leap Motion with Vuo 0.8 needs to download and install Leap v2 from developer.leapmotion.com. (The link is also in the documentation for the Receive Leap Frame node.)

Wow, great! Didn't see the link in the node, but thanks! Will give it a go!

We want to notify Vuo users who are on OS version 10.9.5 or 10.10 that Vuo or their Vuo app may generate a warning and not open. Please see our bug report on the issue.