Hello everyone. We have a new release with over eighty new and improved nodes! And we have the results of your thoughts on Vuo's pricing. 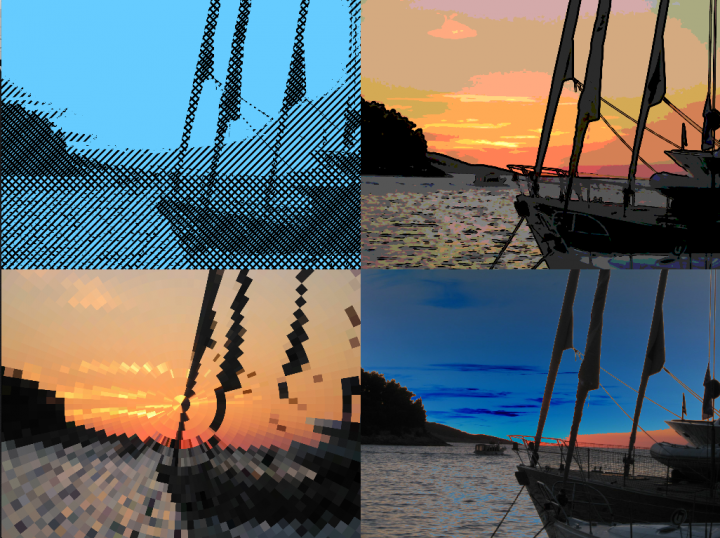 There are several editor improvements, including:

View the release notes for all the specifics.

Results of the community pricing poll 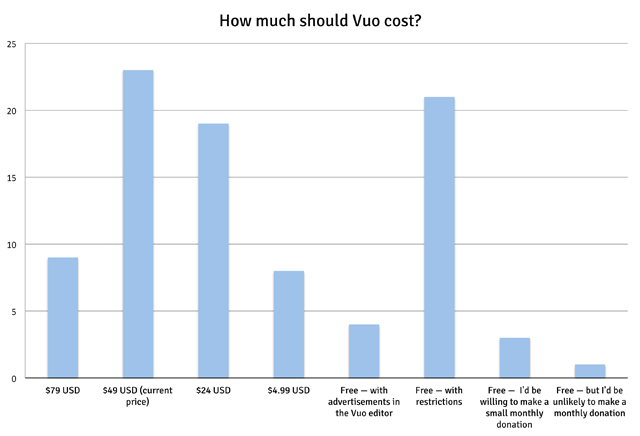 Many of you have weighed in on what Vuo should cost in order to grow the community. We received 98 responses, 10 where the response was "other," further explained in comments. As you can see, 23 people thought Vuo's price should stay at $49, 19 thought it should be $24, and 21 thought Vuo should be free with restrictions.

Some of the supporting comments were:

We received comments about:

We consider every comment we receive, and your comments will help us figure out any pricing changes in the future. In the meantime, we're adding new functionality for Vuo 1.3, and we're working on some design changes along the lines of what some of you have suggested in discussions.

Thanks for your input, we value it greatly. Please use our contact form if you have more to share with us.