Support for capturing video from Blackmagic devices was the #1 voted feature request in the 2D Graphics category. We’ve included it in Vuo Pro 1.2.7, plus support for output.

If you’re not familiar with Blackmagic Design capture and playback products, they include nifty cards and devices for sending broadcast-quality video between A/V equipment and a computer.

In Vuo, you can use a video stream captured from Blackmagic just like any other video stream: layer it with other imagery, add real-time effects, and so on. And you can output any video stream in Vuo to Blackmagic.

To learn more, check out our new tutorial on capturing video from a video camera with a Blackmagic Intensity Shuttle for Thunderbolt. 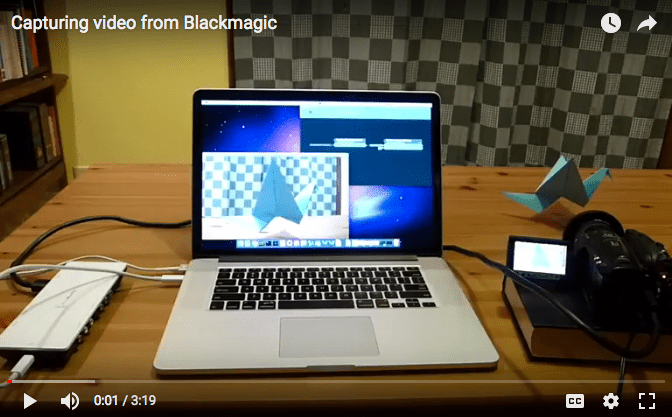 Another new feature in Vuo 1.2.7 is the Make Supershape node, which can produce a wonderful variety of 3D flowers, sea creatures, and blobby things. 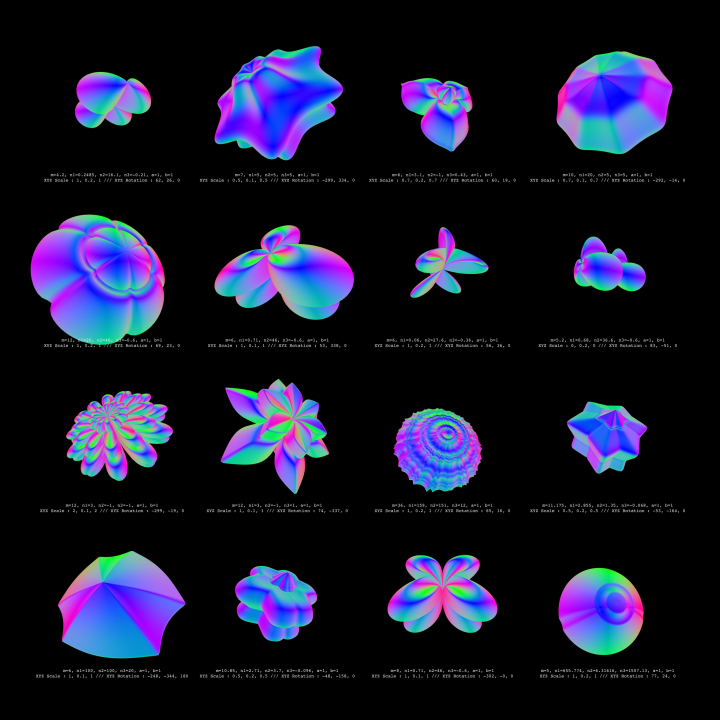 A special thanks to Bodysoulspirit for creating the images of Vuo 1.2.7 in this post and on social media.

Looking ahead to the next major release

As you may know, we’re hard at work on a big new release. We put out this bonus update, Vuo 1.2.7, so you could get access to some of the improvements we’ve been working on sooner. We continue to forge ahead with features that you, the community, have requested, other improvements to performance and usability, and of course a heap of new nodes.

Some of you have asked if we have a release date. Not yet, but we’ll let you know when we do. When we get closer to the release, we’ll also put out a call for alpha testers.

Teo Dumski, previously featured in our community spotlight about his gravity-defying theatrics, continues to pair art with technology in Cloud Theater. Teo is an actor, director, teacher, and experimenter based in Wroclaw, Poland. 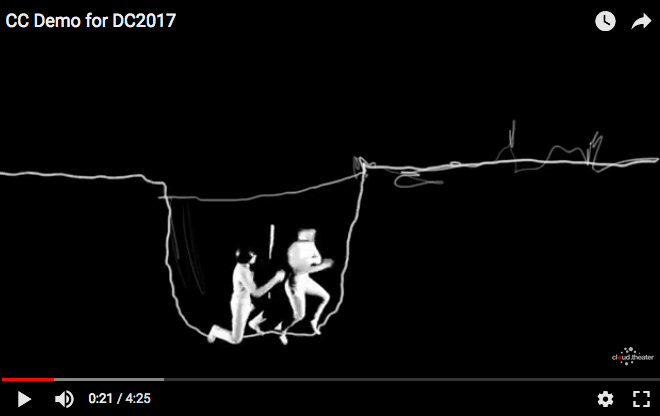 I use Vuo widely in all my projects. As live media compositing software it gives me the ability to experiment on some new means of expression. In theater this “life element” is so important that setups which automate processes are simply useless. I observe so many attempts to use new media in performative arts – some of them are valuable for me, some are not.

I started from creating a simple drawing app with Vuo (first versions supported mouse-only drawing!) and blending a live-drawn layer with live-camera layer (actors were lying on the floor and the camera was above them). After supporting Wacom graphic tablets we created a feature-length performance about the history of the world.

This was a huge success for us and after a year I started to move forward: I wanted to draw in three-dimensional space with live actors inside. This brought us to the premiere of "Tech is a Being", which was telling something more than human fantasies about the future. It became a self-referential performance which showed a potential for some new theatrical language. We used projectors not only to create images on semi-transparent screens but also to serve as light for actors. This blurred the boundary between light and image – we could use some brush to lighten an actor and create some stage design elements​ at the same time. 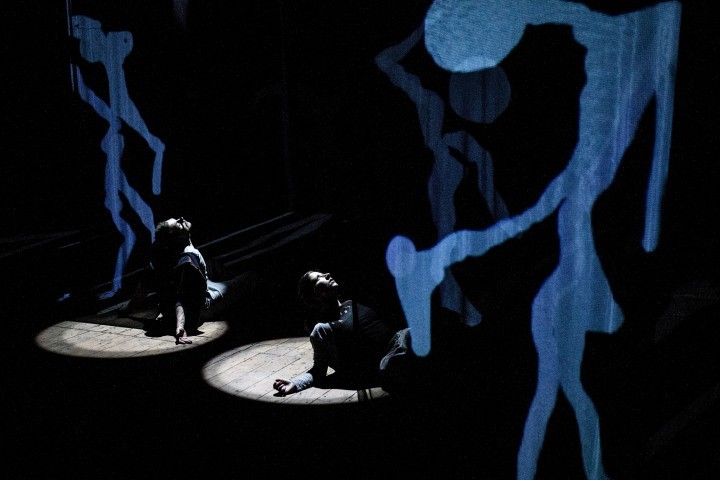 At the moment, we can draw at four separate projectors using three graphic tablets simultaneously (all artist have five blended layers and ability to choose any of the projectors). Also, we created a music video for SHE-la, which was painted by two graphic artists simultaneously. Again, it was a new technique of animation – we recorded the process of painting many scenes and edited it like a movie. 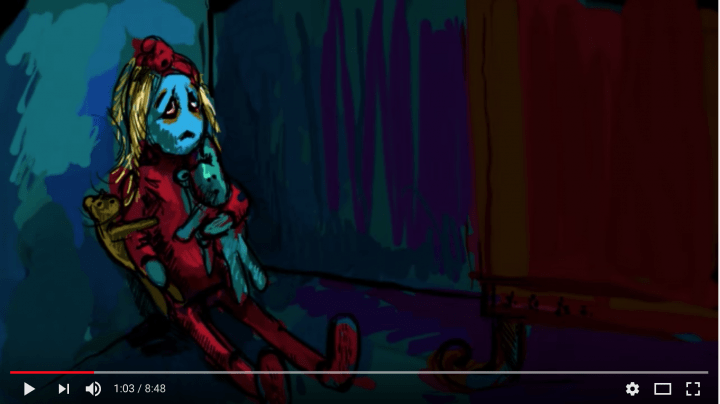 Teo is the director of Cloud Theater, a group he founded in 2016.

Cloud Theater deploys the creative potential of the human and technological cloud to look for new means of artistic expression. It is at the same time an existing and non-existing organization that chooses the path of modern theatre development. It’s a cloud of artists who are scattered across the country, the continent and the world, but remain in invisible touch, manage to reunite around a new idea to create art together. They do not have an artistic home, or stable, they don’t belong politically. They are disconnected and independent, but choose to be engaged, present and artistically free.

Congratulations Team Vuo! What a fantastic release. Thank you for keeping us updated regarding all the amazing things happening.