In this post, recent updates about the Vuo community: 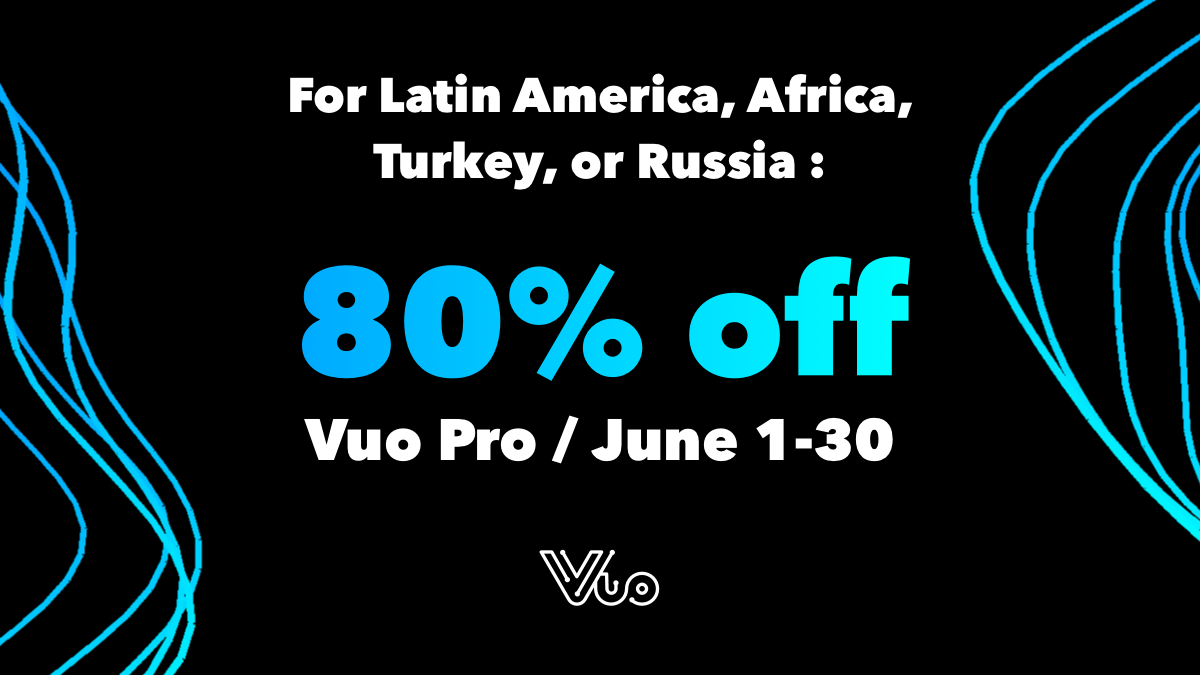 If you live in Latin America, Africa, Turkey, or Russia, you can get 80% off Vuo Pro through June 30.

We would love to see more people using Vuo in their work. We know that different people have widely different budgets, which is why we provide Vuo Community Edition for free and an 80% educational discount on Vuo Pro, while helping to fund Vuo development by offering priority support and custom development.

This month, we're trying something new to make Vuo Pro more accessible in places where it's quite expensive relative to the cost of living. We did a little research to see where (a) only a few people have bought Vuo and (b) Vuo and other imports have gotten a lot more expensive in recent years. This was true of countries like Brazil, Argentina, Turkey, Russia, and South Africa. Looking at the Vuo community map, we decided to make the discount available to those countries as well as wider Africa and Latin America.

One of our goals with this discount is to help more cities/regions reach enough Vuo aficionados to sustain a local Vuo group — a network of people who can share knowledge, collaborate on projects, and get to know each other. What else can we do to support local Vuo groups? If you have ideas, please leave a comment!

An interview with artist Joëlle Snaith on her visual soundscapes

In our latest community spotlight, Joëlle Snaith talks about her approach to creating real-time visuals with Vuo:

The audio is almost always the starting point in my work — the first input to inform the path forward. I use a set of nodes that enable me to target frequency bands and then use the frequency data to drive animations and link those data values to various parameters or properties. A big part of how I work involves connecting different properties to audio and seeing what emerges on the other side. This article is freelance writer E.L.'s debut on vuo.org. We welcome her to the Vuo community and look forward to the next community spotlights that she's working on!

What it's like to be an intern with Team Vuo 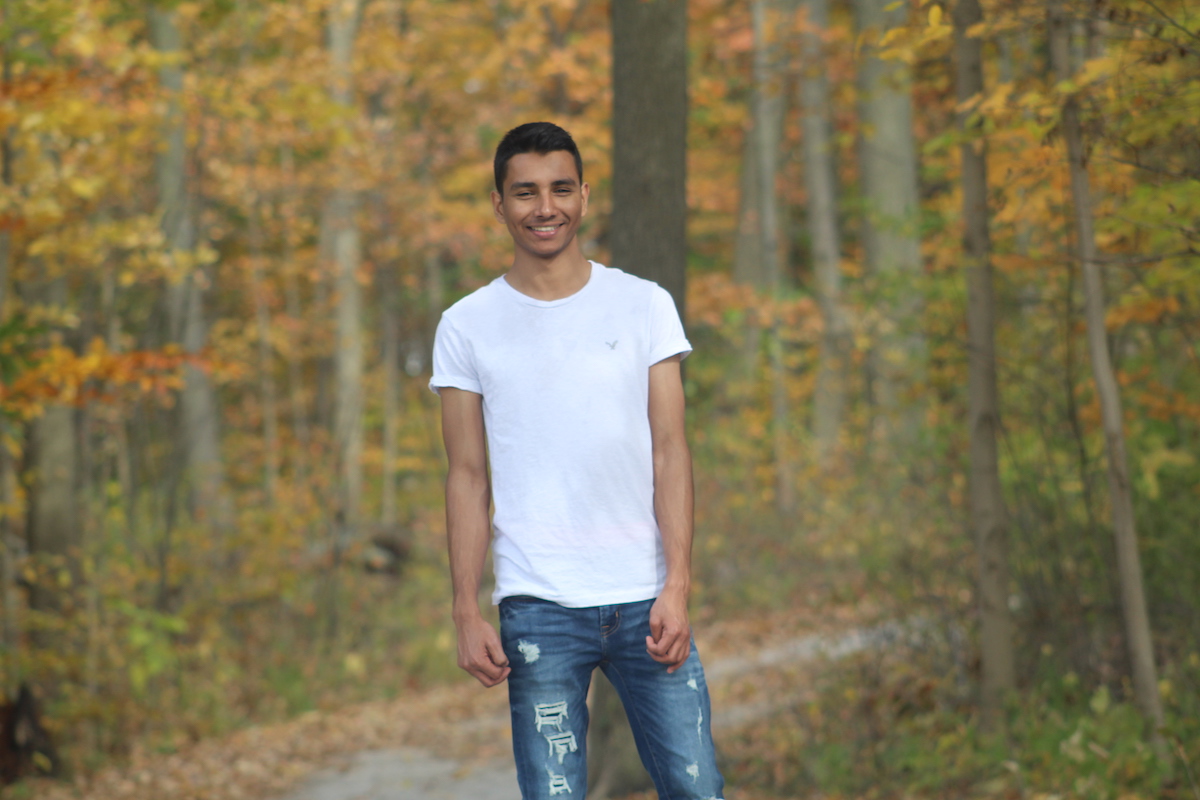 We recently hosted an intern, Tara Khanal, through the Ohio Third Frontier program. Tara made some of the improvements in Vuo 2.3 and the upcoming Vuo 2.4 release. Here's what it was like to learn how to develop Vuo nodes, in Tara's own words.

Hello, my name is Tara Khanal and I am a junior at the University of Akron majoring in Computer Science. When I was a teenager in middle school, I started dipping my feet into the world of programming. As I started learning the basics of JavaScript, I could print my friend’s name on the computer screen more than a million times. Seeing this, my friends thought I was a hacker – which still makes me laugh till this day. As I got more into programming, I started getting curious: What do the real developers do?

My internship with Kosada answered that question. I was told that I would be working on something called Vuo. However, before I could get started on Vuo, I had a few questions in mind: For a newbie like me who never had any experience in the real world outside of the classroom, what could I work on? How could I submit my work once it is done?

During my internship, I mostly worked on Vuo’s nodes. First, I read the documentation on how the node works to understand what that node is supposed to do. Next, I played around with that node in the Vuo application, which helped me understand the purpose of that node and why it exists. Once I understood how a node works, I would open the source code and try to understand what the code is doing. Since I had already read the documentation and done some experiments with the node, reading the code would make a lot of sense. Finally, once I understood what the code is doing, I would write my own code.

Sometimes I added some extra features to pre-existing nodes. Other times I worked on improving performance. I also adapted some of the work done by Vuo’s community members into Vuo. Once I finished each task, I would submit my work via GitHub. I worked on a forked repository and made pull requests to the main repository whenever I had changes.

I would like to thank Kosada for giving me this amazing opportunity to get some real-world experience. Knowing that I have contributed on an application that is used by many people around the globe truly makes my soul happy!

Vuo 2.2 added support for macOS 11, reduced editor startup time, and added several new nodes — which some community members have already put to good use in the composition gallery.

Vuo 2.4 will add support for FxPlug 4. (It will also remove support for FxPlug 3. Plugins exported from Vuo 2.4 will require Final Cut Pro X 10.4.7 or newer. Plugins exported from earlier Vuo versions will continue to work with earlier Final Cut Pro X versions.) We'll also be adding a window to the Vuo editor that displays console logs for easier troubleshooting.