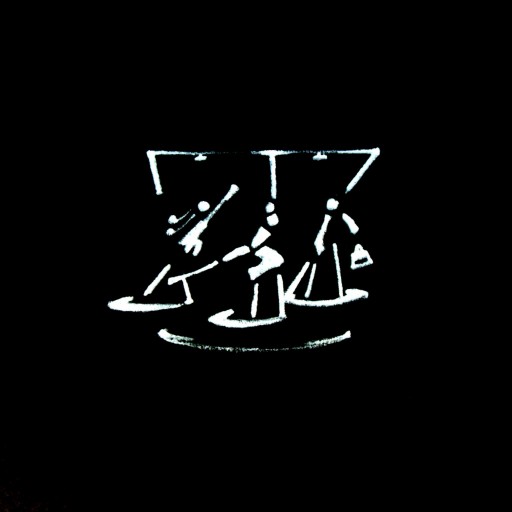 The hard work, dedication, and collaboration of 45 performers from the London metropolitan area culminated in four performances of the stage production Hyper. Hyper had multiple purposes: to provide an evening of entertainment and culture for audiences and to showcase the artistic and musical work of the performers, all of whom have learning disabilities. A highlight of the show was a dance piece in which performers painted projected imagery with their body movements, using skeletal tracking and graphics technology that included Vuo.

Hyper was a production of IMPACT  Theatre, an organization that involves adults and children with learning disabilities in performing and creative arts. The performances took place in April, under the direction of Kim Mughan (director/choreography), Sam Willoughby and Stuart O’Connor (musical directors), Lynda Elson (art director), and Salvatore Scollo (technical director).

Salvatore (Salvo), IMPACT  Theatre’s technical manager, told me about Hyper and how he used Vuo.

What was Hyper about?

Hyper was a collaboration of dance, music, art and technology. It ran for one and a half hours. The piece using Kinect was choreographed by dancers with learning disabilities to an original piece of music written by our songwriters and performed by our musicians using live looping and our band. It gave the name to the whole show.

The production showcased much of the work that goes on at IMPACT  in different areas and brought it together. It was a complete departure from our last production, which was A Midsummer Night’s Dream. This show starred 45 learning disabled performers. 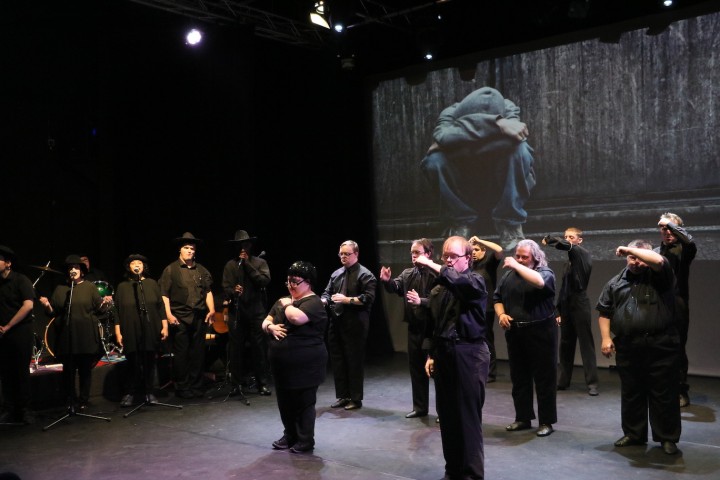 The IMPACT  Theatre website says “its main aims are to promote a positive image of disability and to develop communication and self-confidence.” How did rehearsing and performing Hyper help achieve this for IMPACT  Theatre’s members?

The experience of working together to put on this production has helped our performers in so many ways. As well as creatively, skills like cooperation, memory and communication through many mediums are practised both onstage and backstage. We try at IMPACT  to give performers a chance to excel in the area where they have most talent and commitment. The confidence of our performers has grown both on stage and off as well as their ability to support one another.

What was your biggest technical challenge when producing Hyper?

The big challenge was to create something which our members could easily interact with, giving them the freedom of creative expression. We had a lot of different elements in the show like live music, dance, a live choir, and a live band. Making sure the show flowed smoothly while involving all the elements and avoiding any awkward pauses, during scene changes for example, was another big challenge for this production. 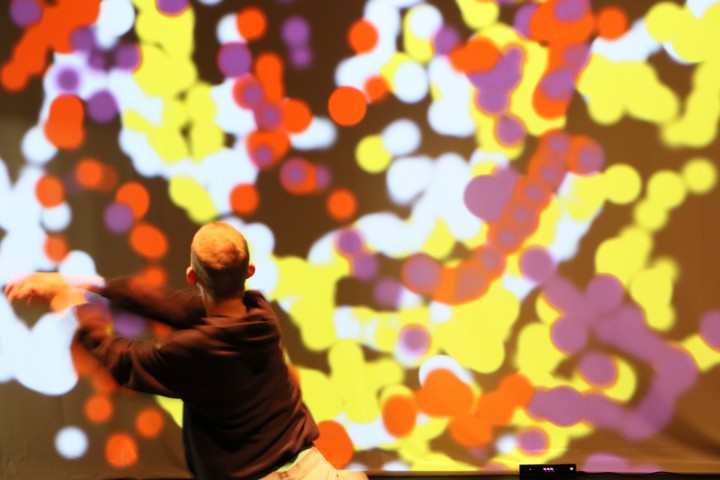 What technical equipment did you use for Hyper, and why did you choose to use Vuo?

We also use an iPad to create an artwork which was synchronized with music and dance movement for a piece inspired by Monet.

In our case we chose Vuo because we found it very simple to interface with Kinect, thanks to the skeleton node and OSC nodes. Vuo also provides vast possibilities to achieve any creative idea. Another advantage was also the great technical support and the composition gallery where you can learn.

Part of the sound was generated in real time by members of IMPACT  Theatre using looper devices. 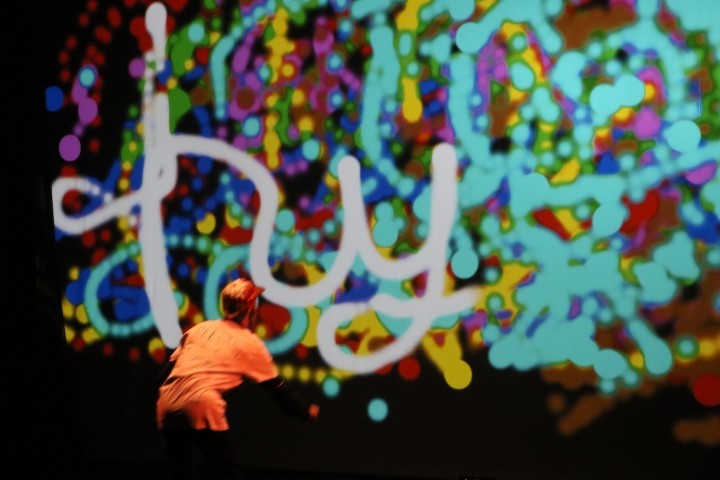 How did the performers and audience react to the use of Kinect+Vuo to paint the screen using arm movements?

The audience was fascinated by the use of Kinect and Vuo and were amazed by how the technology allowed anybody, with different levels of ability or mobility, to creatively express themselves.

The reaction from our performers was immediately positive, right from the rehearsal stage. Each of them developed their own way to use Kinect and Vuo.

What will IMPACT  Theatre be performing next? Any plans to use Vuo in future performances?

IMPACT  Massive Unity Festival on 5th August 2017.   This includes a family puppet show “Magic on the Farm” where we are planning to use Vuo once again.   We also hope to progress to using more dancers simultaneously and also develop more visual effects for future productions. 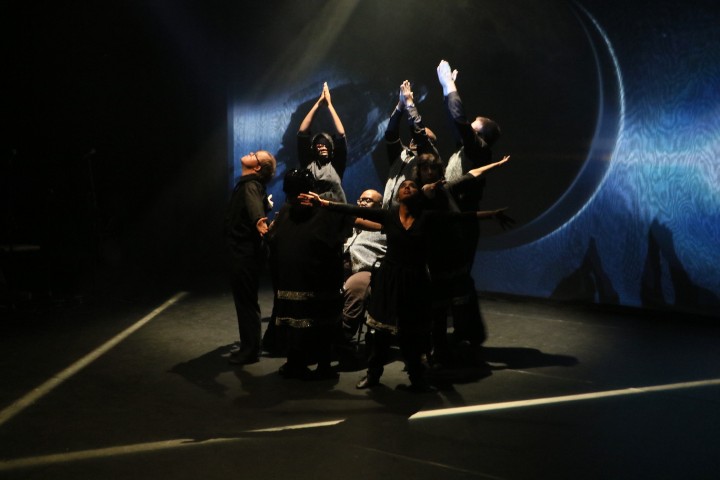